Israel Missile Attack on IDF Bus Could Have Been Disaster
Israel 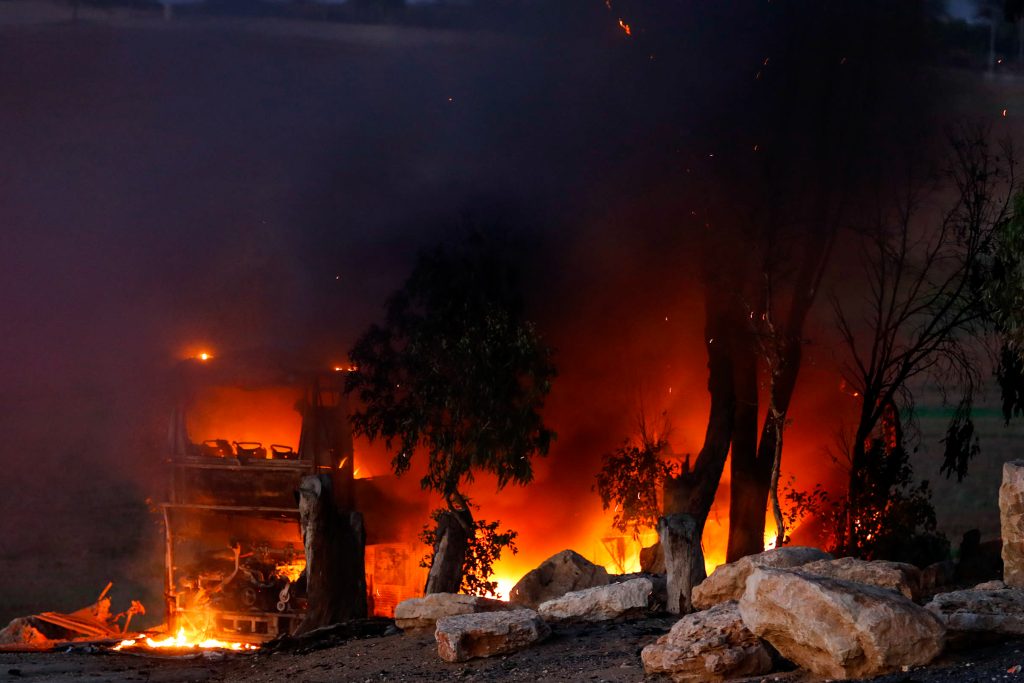 Decisions were reached regarding continuing military operations to deliver a major blow against Hamas. The cabinet is scheduled to meet on Tuesday to discuss the crisis.

Meanwhile, the army said that in retaliation for the rocket barrage, it has now bombed a total of 70 targets belonging to the Hamas and Palestinian Islamic Jihad terror groups in Gaza, including three attack tunnels.

It emerged late Monday that the attack on a bus near the Gaza border in which a soldier was seriously wounded could have been a far more serious incident if not for rachmei Shomayim.

The soldier who was injured was apparently standing outside the bus when the Kornet anti-tank guided missile was fired from the Gaza Strip. He was taken in critical condition to Beersheva’s Soroka Medical Center.

Schools in the southern Israeli town of Ashdod will be closed Tuesday due to the escalation of violence in and around the Gaza Strip. About 25 miles from Gaza, it is the most northerly city to announce school closings so far during the flareup.

Social Equality Minister Gila Gamliel was the first cabinet minister to speak out on the crisis. She said she “understands the frustration” of Israel’s southern residents, many of whom have called for tougher retaliation to the rocket fire, but supports the IDF’s response.

“I stand with the residents of the south that are bravely facing a barbaric attack that aims to indiscriminately kill innocent citizens,” Gamliel said in a tweet on Monday.

“I understand the frustration but I trust the prime minister and the IDF to know what to do,” she says.

The prime minister has asked ministers to refrain from making public statements about the Gaza situation.

Meanwhile, Education Minister Naftali Bennett visited a captain in the IDF reserves who had been injured in the Sunday night incident that touched off the crisis.

“We are praying for his well-being,” said his brother. “We received the notification in middle of the night and came straight to the hospital. We are hoping for the best.”

Bennett wished the wounded soldier a speedy recovery and praised the IDF forces for their bravery.