Israel Police: Group Smuggled Hundreds of Millions Worth of Diamonds Into Israel
Israel 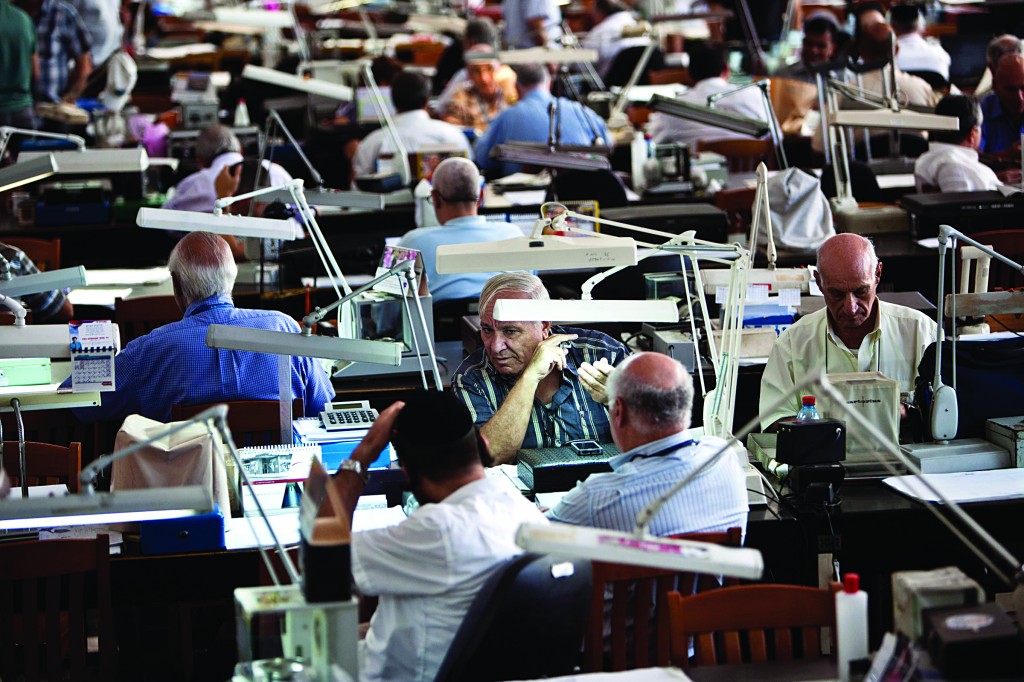 Police on Monday arrested six individuals who are accused of running a massive smuggling operation that brought hundreds of millions of shekels worth of diamonds into the country, without reporting them or paying any taxes or import duty on them. Police arrested the suspects in an early morning raid Monday, taking into custody what police said was “an individual well-known in the Israeli economy,” along with that individual’s son.

Also wanted for questioning is another prominent businessman currently abroad. Other arrests, both in Israel and abroad, are also expected.

According to police, the group conspired over several years to bring in the diamonds in a hidden manner, avoiding import duties, failing to pay Value Added sales Tax (VAT), and failing to report the income from the sales of those diamonds. Police have placed a gag order on details of the investigation, but said that an individual connected to the case had agreed to turn state’s evidence on his colleagues. Police plan to ask for an extension of the suspects’ remand.

In a statement, attorneys representing one of the suspects said that “the accusations are based on an initial evaluation of material that police received, and we are positive this material will be proven false. Our client has no connection to this incident. We look forward to the completion of the investigation so we can refute these charges in court.”