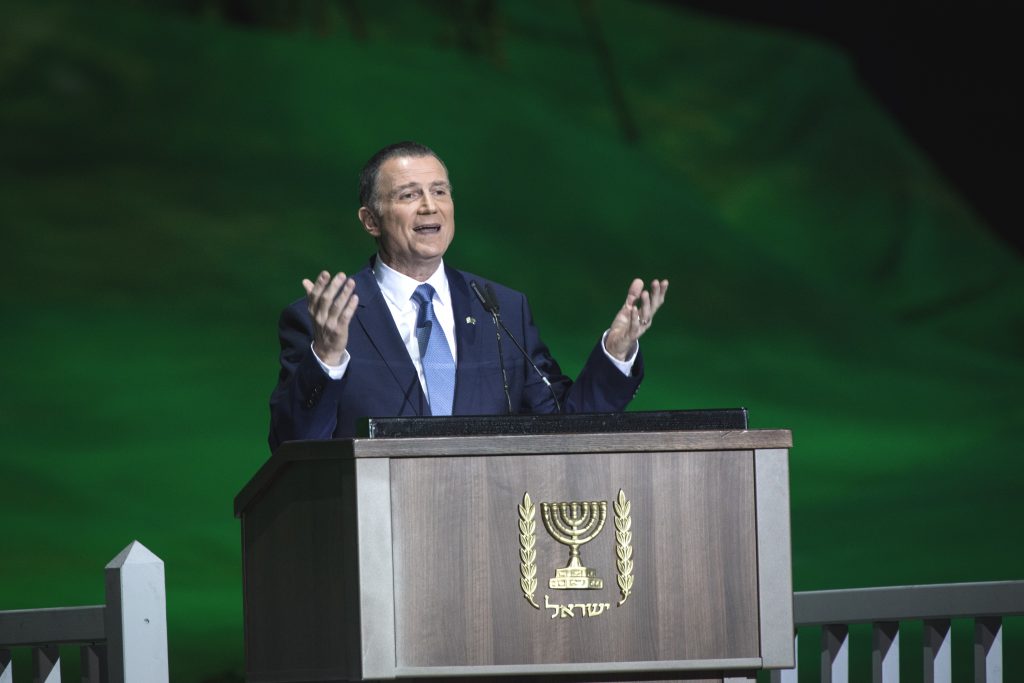 Knesset Speaker Yuli Edelstein revealed on Army Radio that he declined an invitation to speak at the Rabin memorial rally on Motzoei Shabbos in Tel Aviv because of opposition to him from leftist activists.

Likud MK Tzachi Hanegbi, the first senior right-wing politician to participate in the annual rally, was booed and heckled during his speech, and Edelstein would likely have received the same treatment.

The Knesset speaker did not regret his decision, and had critical comment for the crowd’s behavior.

“When they asked me to come, several of the speakers refused that I be there because I’m a settler and wear a kippah,” Edelstein. “What is this if not an attempt to silence others? I have nothing to ask forgiveness for for this murder.”

“If I had come and was booed, that would only be to my political advantage,” he added, referring to the crowd’s booing of Hanegbi. “Yesterday’s protest only served to encourage the division and hatred among the people.

“The murder of Rabin had no historical significance, Yigal Amir [Rabin’s murderer] does not dictate our positions or the issues of the day,” Edelstein said.

“The Rabin assasination diverted Israel from its path and stopped the peace process,” she was quoted by The Jerusalem Post as saying. “That was its goal and in that it succeeded. Any attempt to deny this is part of a failure to confront reality and the absence of responsibility for the atmosphere that led to the murder. Edelstein’s response demeans his public stature and proves that not only then but also today the Right has learned nothing and changed not at all.”

Hanegbi himself said he had no regrets.

“I’m happy that I came, for the hundreds of thousands who were listening at home,” Hanegbi said. “When the left needs to speak with our enemies, they do it, but it is more difficult to speak with their brothers on the other side of the political spectrum.”