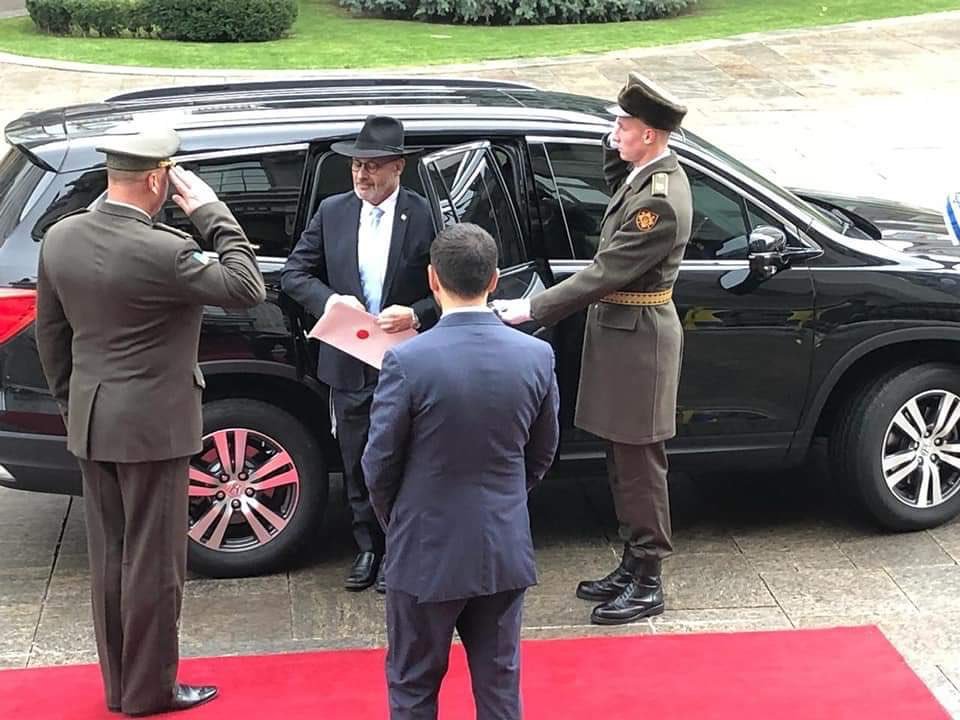 On Tuesday, Rabbi Yoel Leon presented his diplomatic credentials to the president of Ukraine as he was accepted as the new Israeli ambassador to Ukraine. Rabbi Leon, a yeshiva graduate and an ordained rabbi, was accepted in an official ceremony as he began his tour of duty representing Israel in his diplomatic post.