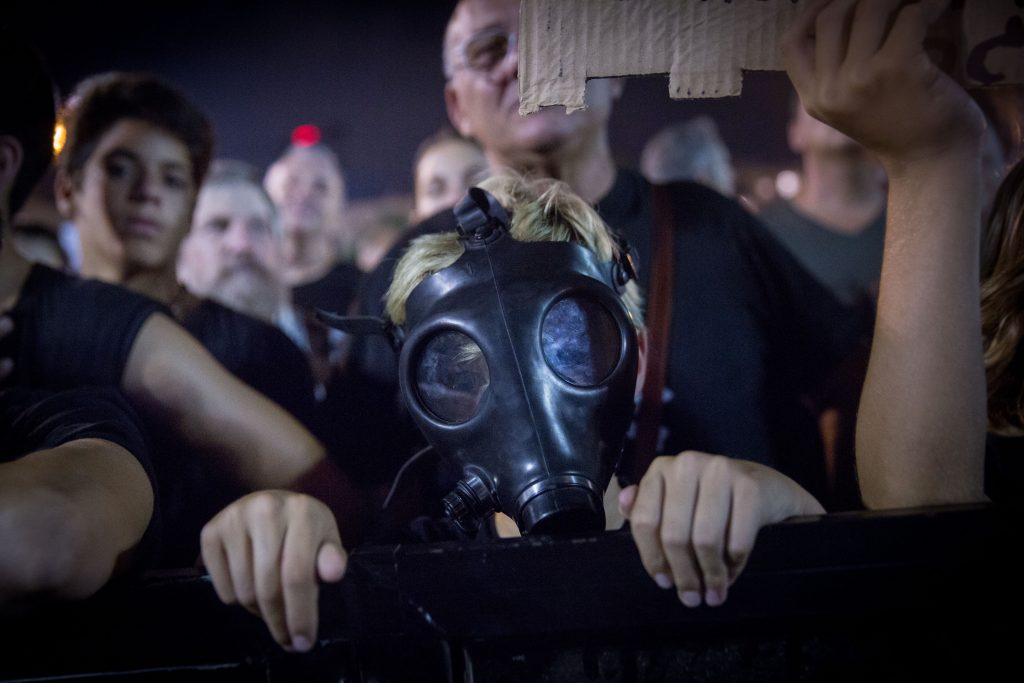 Thousands of people demonstrated Motzoei Shabbos in Tel Aviv’s Rabin Square demanding that the government rethink its development of the Leviathan natural gas field. The field’s gas processing platform – where the gas will actually be extracted from the field – is set to be built about ten kilometers offshore, a distance that environmental activists say is far too close to the shore, and protesters have for months been demanding that the gas rig be built further offshore. The activists are demanding that the platform be located at least 120 kilometers offshore.

MK Yael Paran-Cohen (Zionist Camp), who participated in the demonstration, slammed Energy and Infrastructure Minister Yuval Steinitz, blaming him for preferring the interests of the gas field developers over those of Israelis. “Natural gas is a resource that will help make Israel a cleaner, greener place, reducing the level of pollution. But the development of Leviathan is being done in an impulsive manner, without taking into consideration the health and environment issues surrounding the construction of the platform so close to the shore. Placing the rig nine or ten kilometers offshore will result in pollution levels we have not yet seen.” Paran-Cohen added that neither she nor environmental groups opposed the development of the gas field itself.

It should be noted that there are differences of opinion on the platform within the environmental activist community itself. While some groups side with the protesters, others take a different tack. The Society for the Protection of Nature in Israel said in a statement that it does not even object to the current proposed location of the platform, but wanted to ensure that “gas production, whether located in Israel’s economic water or territorial water, is performed utilizing proper and safe production practices, minimizing the danger to the public and the environment as much as possible.” Development of the gas fields is important, it said, as the use of natural gas is far better for the environment that the coal and oil that is currently in wide use.