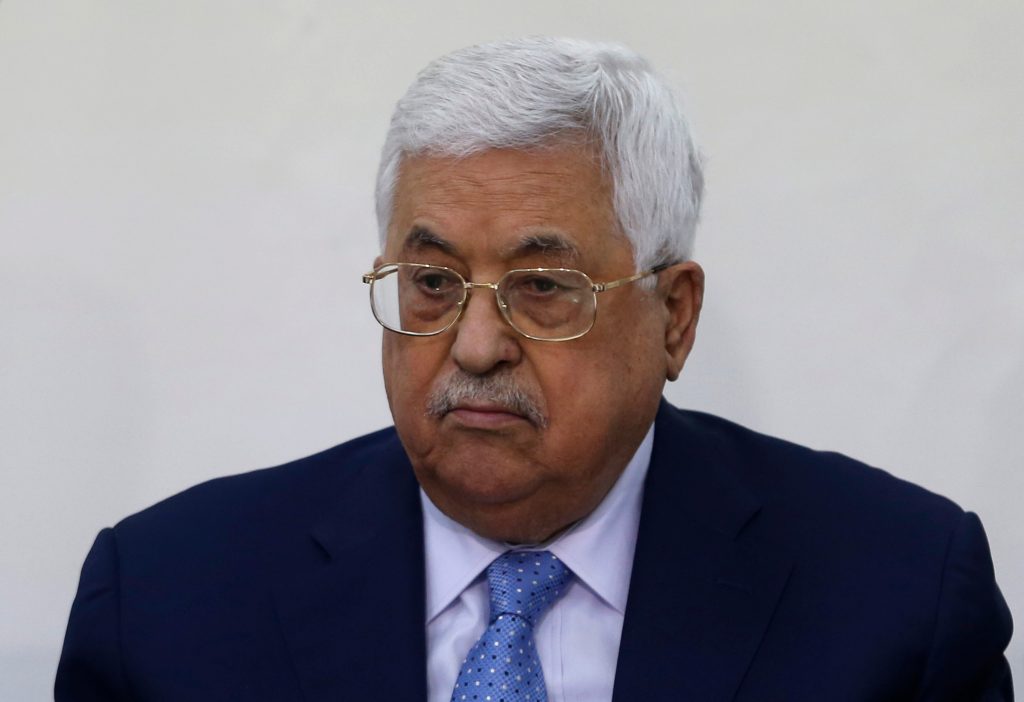 At age 82, Palestinian Authority chief Mahmoud Abbas still appears active – but he will eventually meet his fate, as everyone does. And when that happens, according to Gal Berger of Kan News, a major firefight can be expected between PA officials who feel they deserve the post that Abbas will vacate. A report by Berger Thursday said that rivals for the throne have been gathering weapons and troops, in preparation for the likelihood that they are going to have to eliminate rival camps if they want the job.

The most likely winner to emerge from this fight will be Jibril Rajoub, a longtime lieutenant of Abbas who has undertaken many tasks for Abbas throughout his career, fending off the PA chief’s enemies. Other prominent players include Tawfik Tirawi, the former head of PA intelligence, and Majed Faraj, who currently holds that job. Also a possibility is Mahmoud al-A’aloul, deputy head of Fatah, the report said. Other possibilities include veteran terrorists Marwan Barghouti and Mohammed Dahlan, despite the fact that the latter is considered an enemy of Abbas, due to his popularity and previous attempts to unseat the PA head.

The “candidates” have been trying to wield influence in all the power centers of the PA, including among PA police and the Tanzim military faction. While none of those seeking the job of PA head are looking for a fight, the report said – the point of gathering weapons and supporters is to show their rivals that they are the most popular and hence best candidate – all are willing to fight if necessary.

There are no orderly procedures for a peaceful transfer of power – or any other transfer, in fact – in the PA. Abbas was elected as PA head in 2005 for a four-year term, but has refused to leave office since then; as the PA has no constitution or Israel-style Basic Laws, there are no legal methods to oust him from office. Upon his death, it is likely that the Fatah Revolutionary Council will call an election, but it is just as likely to appoint an individual or a committee to run the PA, at least temporarily. Abbas has been in and out of hospitals in recent months, suffering from a variety of ailments, including heart and lung issues.