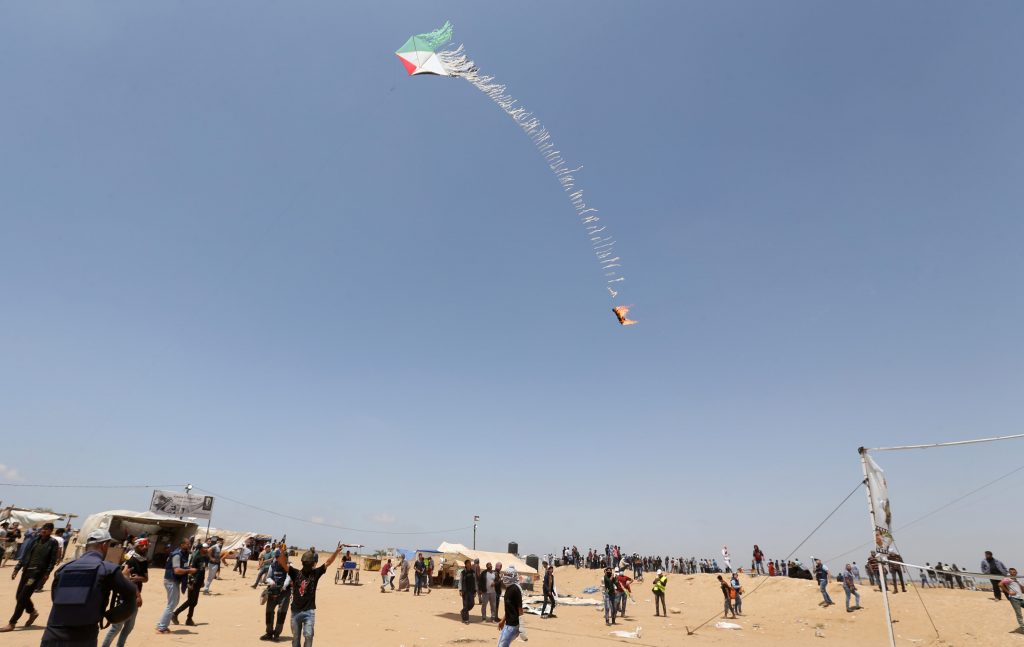 A reported ceasefire agreement aimed at calming months of border clashes and violent exchanges between Hamas terrorists and Israel on the border with the Gaza Strip will last for a year and see the establishment of a cargo shipping connection between Gaza and Cyprus, a Lebanese news channel reported Thursday.

Israel will have security control over the sea traffic between Gaza and Cyprus, according to a brief report from the Lebanon-based al-Mayadeen channel, which cited sources familiar with the details.

Hamas has long made access to a sea port a key strategic goal. Under the conditions of Israel’s naval blockade, goods heading to Gaza are currently shipped to Israeli ports and then trucked into Gaza.

Israel has imposed a blockade on Gaza since Hamas seized the territory from the Palestinian Authority in 2007. Israel says the blockade is in place in order to prevent weapons and other military equipment from entering the Strip. Egypt, too, has kept its Gaza border crossing largely closed during years of sour relations with the Islamist group ruling Gaza.

On Tuesday, a senior Israeli official involved in the details of the contacts for a five-year ceasefire agreement for calm in Gaza told the Los Angeles Times that the agreement with Hamas is “virtually done.”

The hope is to finalize the deal by Friday, the al-Mayadeen report said.