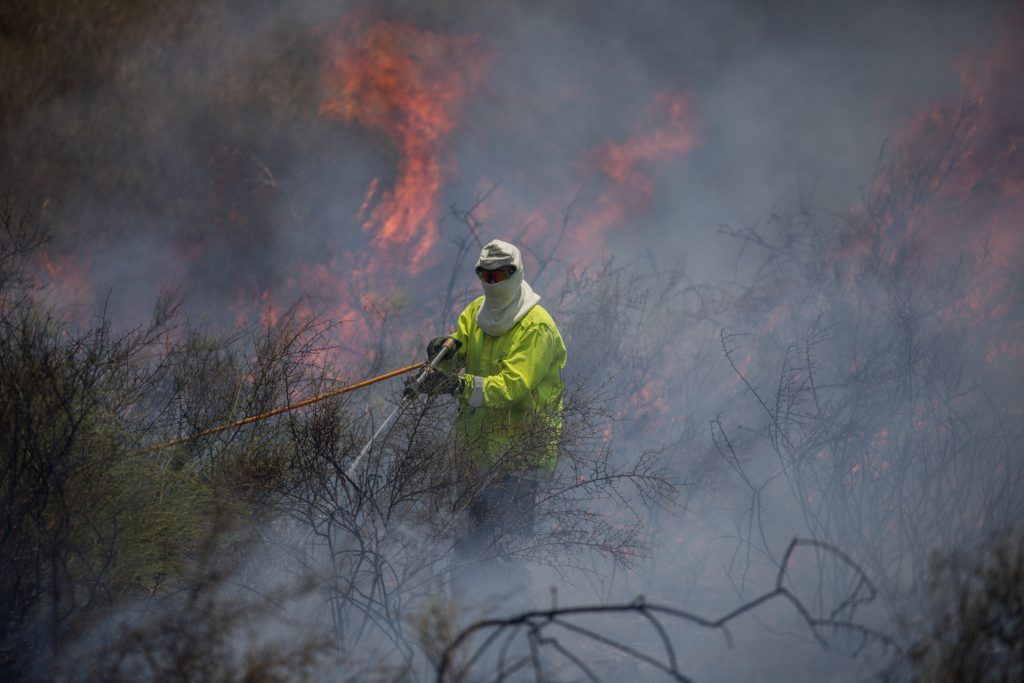 Some 100 firefighters on Monday burned tires and blocked the road outside the national headquarters of the Israel Firefighters Organization, where negotiations between management and union officials on a new contract were being held. The protesters prevented officials from entering the building, and held signs expressing their anger at what they said were reduced conditions, an erosion of their salaries, and other labor-related issues.

This was the second major protest by firefighters in a week. Last week, firefighters protested at the Azrieli Junction in central Tel Aviv, usually very busy at any time of day, and occasionally blocked the road, causing major traffic jams.

According to firefighters, the past year has seen their workload jump, without a commensurate increase in salaries and benefits. Part of that workload includes dealing with the ongoing terror-caused fires in the Gaza border area, which are caused by terror balloons and kites coming from Gaza. On any given day, there could be as many as a dozen fires that need to be contained before they spread, necessitating the activation of dozens of firefighting crews, who are forced to work overtime several times a week in order to deal with the fires.

Avi Ankary, chairperson of the firefighters’ union, said that “we have lost all faith in the system and in management, which has reached the height of insensitivity after months of dismissing and insulting our claims. We plan to continue our protests, in the interest of ensuring that we can do our jobs, and that the firefighting system in Israel does not collapse.”