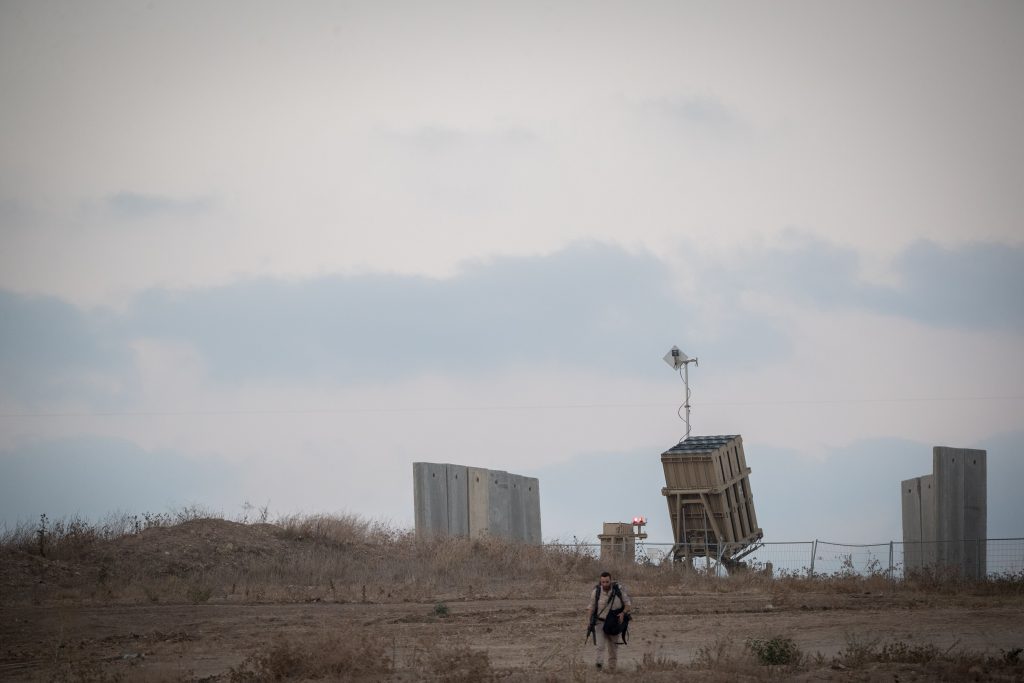 For the first time in over a week, residents of southern Israel awakened to quiet, as the latest ceasefire between Israel and Gaza terror group Hamas appeared to be holding. The Homefront Command has reassessed the situation, and has instructed residents that they now may gather in groups, hold summer camp sessions, and celebrate simchos in halls – all activities that have been on hold for the past several days, as Hamas battered the region with rockets.

However, despite the ceasefire, all activities involving children needed to be held in close proximity to bomb shelters. The Ashkelon-Sderot train will operate normally Friday after being closed for the better part of a week, but the Zikim beach remains closed to the public.

This is the third ceasefire in nearly as many weeks, and many in Israel were skeptical that it would hold for any amount of time. Arab media reports Friday said that Hamas had agreed to Egyptian supervision of military activities during the ceasefire period. Hamas sources also said that despite the flare-up, they were still interested in pursuing the arrangements that Egypt and U.N. officials were working on.

According to the sources, the deal entails the PA’s taking over the reins of government in Gaza. Large sums of money will be invested to revive the Gaza economy. The deal includes an overall agreement with Israel, in which Hamas will pledge to lay off terror attacks for between five and ten years. Israel will release many of the terrorists in its prisons, while Hamas will return the remains of IDF soldiers it is holding, as well as two live Israelis.

In addition to the return of the Israelis, Egypt will agree to leave the Rafiach crossing open permanently, and Israel will significantly liberalize the list of items it allows to be imported into Gaza.

Later on, the deal will also see the construction of a seaport and airport to serve Gaza, most likely in northern Sinai. Arab media reports on Friday added that Hamas has agreed to allow Egyptian supervision of all aspects of the plan, a condition Israel has demanded for its agreement to the construction of the ports.

The ceasefire came into effect midnight local time Thursday night, according to Arab media reports. Israel has not yet acknowledged that a ceasefire is indeed in effect. Earlier Thursday night, the Security Cabinet met again to discuss the situation, with the meeting concluding with a statement that the IDF would continue to act against aggression by terror groups.