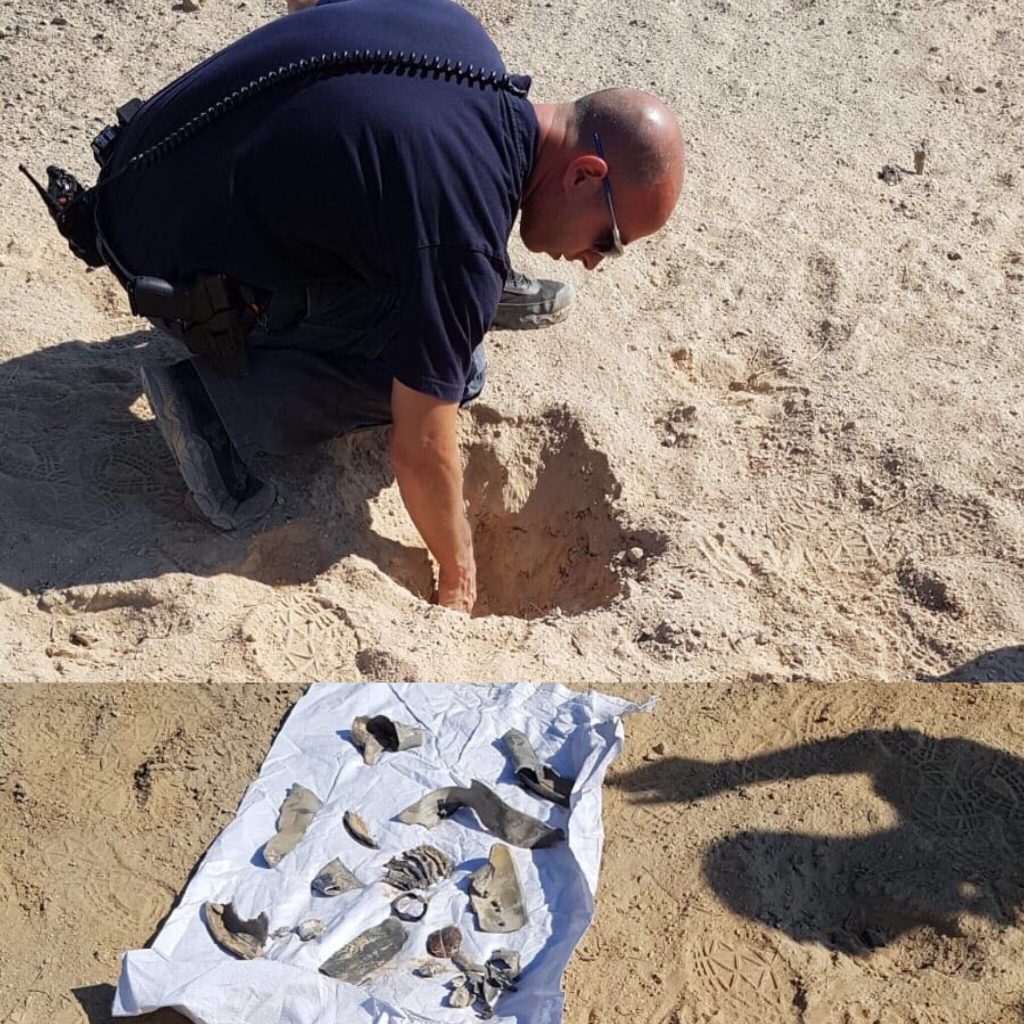 The Red Alert rocket warning sirens sounded on Thursday afternoon in Be’er Sheva, the largest city in southern Israel, some 25 miles from the Gaza Strip, the IDF said.

Police later reported that one rocket landed an open area outside Be’er Sheva. B’chasdei Shamayim, no casualties were reported. This was the first time that a rocket struck Be’er Sheva since the end of Operation Protective Edge in 2014. Army Radio said the rocket was a long-range Grad capable of reaching Israel’s heartland.

The afternoon sirens came after almost two hours of quiet on the southern front.

It was a show of force and defiance by Hamas terrorists ahead of a meeting of Prime Minister Binyamin Netanyahu’s Security Cabinet, where terms for a possible truce were likely to be on the agenda.

Earlier, a Palestinian official said armed factions in Gaza were prepared to halt a round of rocket attacks on Israel if the IDF stopped its airstrikes after two days of violence.

The IDF said over 180 rockets and mortars were fired at Israel, and Israel carried out over 150 airstrikes targeting Hamas terror positions. These included a military compound of the East Rafah battalion, a shaft of a Western fighting tunnel west of Jabalya, and two combat tunnels near the coast in the central Gaza Strip belonging to Hamas.

Minister Yoav Galant said that “whatever is needed to be done to defend our civilians and soldiers, will be done, no matter what would be the price in Gaza.”

Conricus wouldn’t comment on media reports of troops preparing for a possible ground operation, but said Israel “had ground troops that are ready to deploy. We are reinforcing the Southern Command and Gaza division.”

Meanwhile, Major General Hertzi Halevy, commander of the Southern Command, said on a visit to Sderot that the Command were ready to respond to any situation in light of the escalation of violence near the Gaza border.

“We are prepared for every scenario and will continue to do whatever is necessary to maintain the security of the residents,” Halevi said.