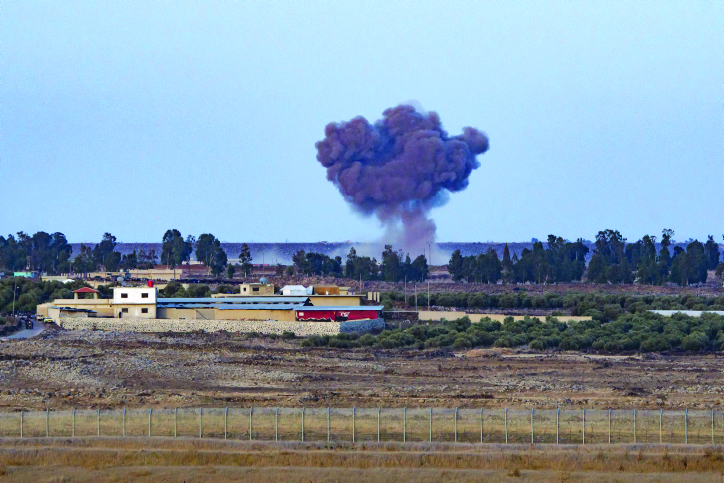 It was Israel’s Mossad that took out Syrian weapons expert Aziz Asbar, The New York Times quoted a “a senior official from a Middle Eastern intelligence agency,” who remained anonymous. According to the official quoted in the report, “it was at least the fourth time in three years that Israel has assassinated an enemy weapons engineer on foreign soil.”

Asbar was killed Saturday night as he emerged from his Damascus home. A top rocket scientist in Syria, reports said that he had been working with both Syria and Iran on the development of long- and mid-range missiles. He was considered the second most important researcher on ballistic missiles in Syria, according to Western intelligence sources quoted in the online blog Intellitimes. Asbar was considered a close confidante of Syrian President Bashar al-Assad.

Asbar worked at the “4000 Institute” of Al-Massayef, which is responsible for the development of ballistic missiles and other weapons. The Al-Arabiya network said that Israel had attacked the institution in the past because of the involvement of Iranian officials in the development of the missiles. The network said that an Israeli attack took place as recently as last month. The Syrian government has not yet commented on the explosion.

The Times quoted the official as calling Al-Massayef “one of Syria’s most important weapons-development facilities. The Israelis believed that Mr. Asbar led the secret unit known as Sector 4 at the Syrian Scientific Studies and Research Center. He was said to have free access to the presidential palace in Damascus and had been collaborating with Maj. Gen. Qassim Suleimani, commander of Iran’s Quds Force, and other Iranians to begin production of precision-guided missiles in Syria by retrofitting heavy Syrian SM600 Tishreen rockets,” the report said. He was also “working on a solid-fuel plant for missiles and rockets, a safer alternative to liquid fuel,” the report quoted the source as saying.

“As one of the directors of Syria’s Scientific Studies and Research Center, Mr. Asbar had for years been active in the Assad regime’s chemical-weapons production program, working mainly in Al Safir, outside of Aleppo, and in the city of Masyaf, west of Hama, farther to the south. He was also involved in coordinating Iranian and Hezbollah activities in Syria, according to the intelligence official,” the report added.