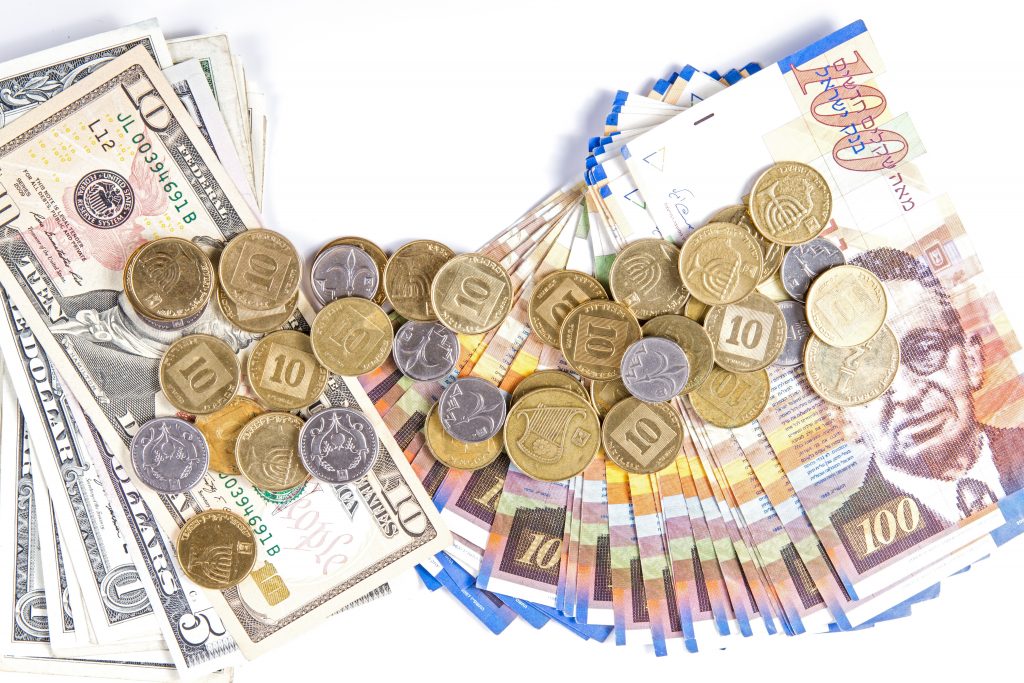 The dollar on Thursday recorded its highest level against the shekel in nearly a year and a half. The representative rate at the close of business on Thursday was NIS 3.688/dollar, with the rate edging up past 3.69/dollar earlier in the day. Since the beginning of 2018, the dollar is up 6.7 percent against the shekel, and is 8.8 percent higher than its 2018 low, which occurred in mid-January.

The strength of the dollar against the shekel is similar to the strength it has garnered against other currencies. The dollar’s strength is congruent to the strength of the U.S. economy. On Wednesday, the Federal Reserve decided to keep its benchmark interest rate at 1.75 percent, while noting that that “economic activity has been rising at a strong rate,” upgrading its June forecast of continued “solid” growth. Spending, both business and household, have “grown strongly,” and the situation is expected to continue.

The dollar’s increase has been welcome in many quarters in Israel, including among exporters, who have long complained that a weak dollar was harming their bottom lines. There are also many Israeli residents who are working for American companies and are getting paid in dollars; they, too, have lost shekels in recent years, as they were forced to take fewer shekels for their dollars. Now, with the dollar’s rise, they have essentially gotten a “raise.” Also celebrating the dollar’s newfound strength is the Bank of Israel, which can take a break from buying up excess dollars in order to prop up the shekel’s value.