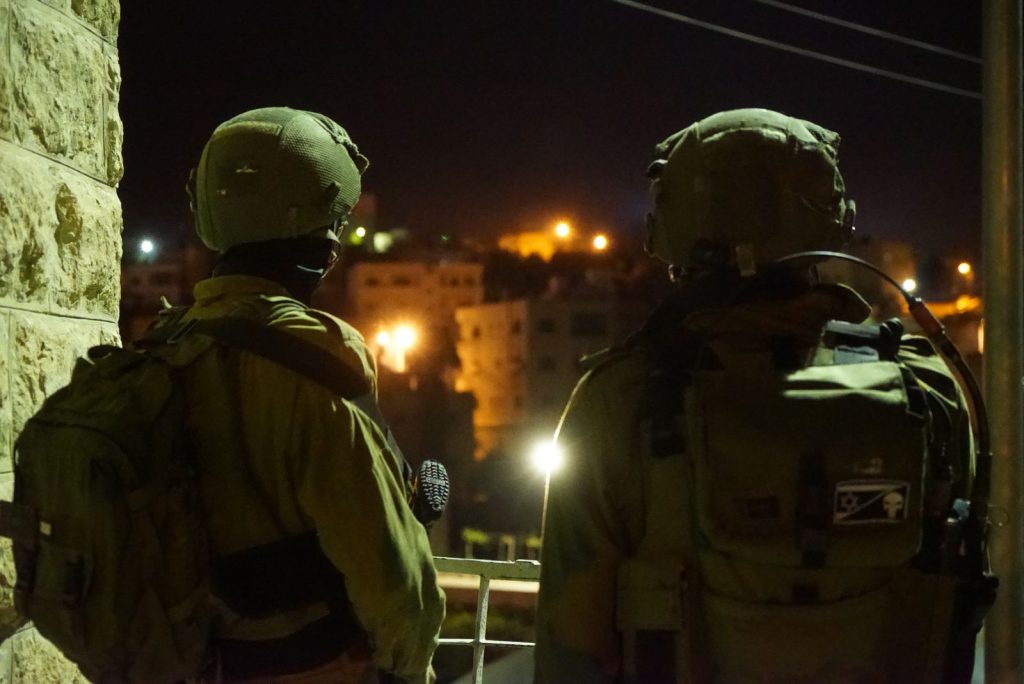 The four men arrested were identified as Ala Rimawi, who runs the Al-Quds media station in Yehudah and Shomron, as well as freelance journalists Mohammad Ulwan, Husni Injass and Qutaibah Hamdan.

During the joint operation, which was carried out by IDF troops from the Binyamin and Efraim Regional Brigades together with the Shin Bet, the forces confiscated technical equipment, vehicles and personal computers.

The al-Quds channel, which first broadcast in October 2008 from Beirut and had channels in Ramallah and Yerushalayim, was banned from operating in Israel earlier this month by Defense Minister Avigdor Liberman.

The IDF in recent years has shuttered a number of media stations operating in the Arab regions of Yehudah and Shomron over suspected incitement and ties to terror groups.

Palestinian media programs are cited in Shin Bet interrogations of terrorists as sources of inspiration.

The Palestinian Journalists Syndicate (PJS) and the Palestinian Ministry of Information both condemned the arrests and called for the United Nations to intervene in what they described as “a dangerous assault on freedom of expression, opinion and journalism.”

Wafa quoted the Palestinian Ministry of Information as calling the arrests “a continuation of the open aggression on the guardians of truth and media outlets, as well as proof of Israel’s disrespect for international resolutions that guarantee freedom of journalistic work.”

In a separate operation, security forces also launched a large-scale brigade operation against the Hamas student cell at the universities in Chevron.

Material that the IDF deemed incitement to terrorist activity were confiscated, and warnings were given to the families of students.

The IDF said that security forces “will continue working against incitement to terrorism in order to prevent terrorism and to protect the security of residents.”