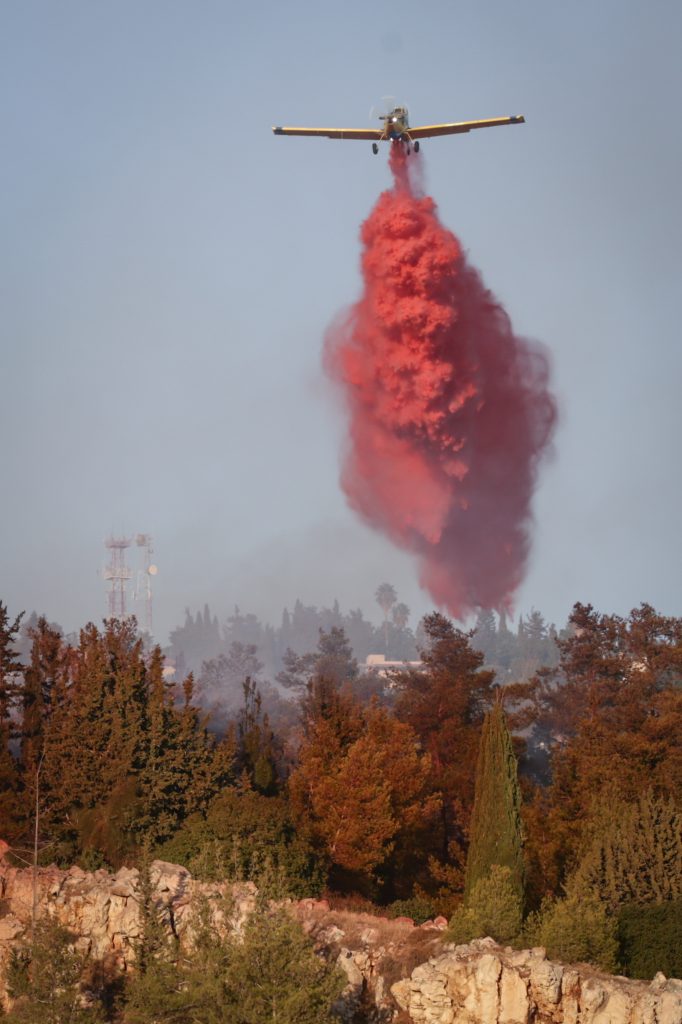 Southern Israel near the Gaza border was again the target for fire kites and balloons on Thursday, as multiple fires were reported in the region.

Fire burned some 2,500 dunam of land (over 600 acres) in the Nahal Gerar Reserve in the Gaza periphery on Thursday, suspected as arson by Gazan terrorist using airborne incendiaries, Haaretz reported.

Firefighting units were still trying to bring the blaze under control as of 7 p.m. Israel time.

A large fire near Beis Meir, west of Yerushalayim, brought out 20 fire trucks and six firefighting planes, to wooded hills just a few miles from the capital.

The fire had earlier threatened private homes, necessitating some evacuations, but police said the fire has been turned away and the residential area is safe for the meantime.

Two fires were also reported in forests near Beeri and Kissufim, near the Gaza border. The blazes were attributed to incendiary balloons from Hamas-ruled enclave.

Meanwhile on Thursday, the IDF set up several Iron Dome batteries in southern Israel, after security officials held a review of the situation, according to Ynet. No specific threat was mentioned.