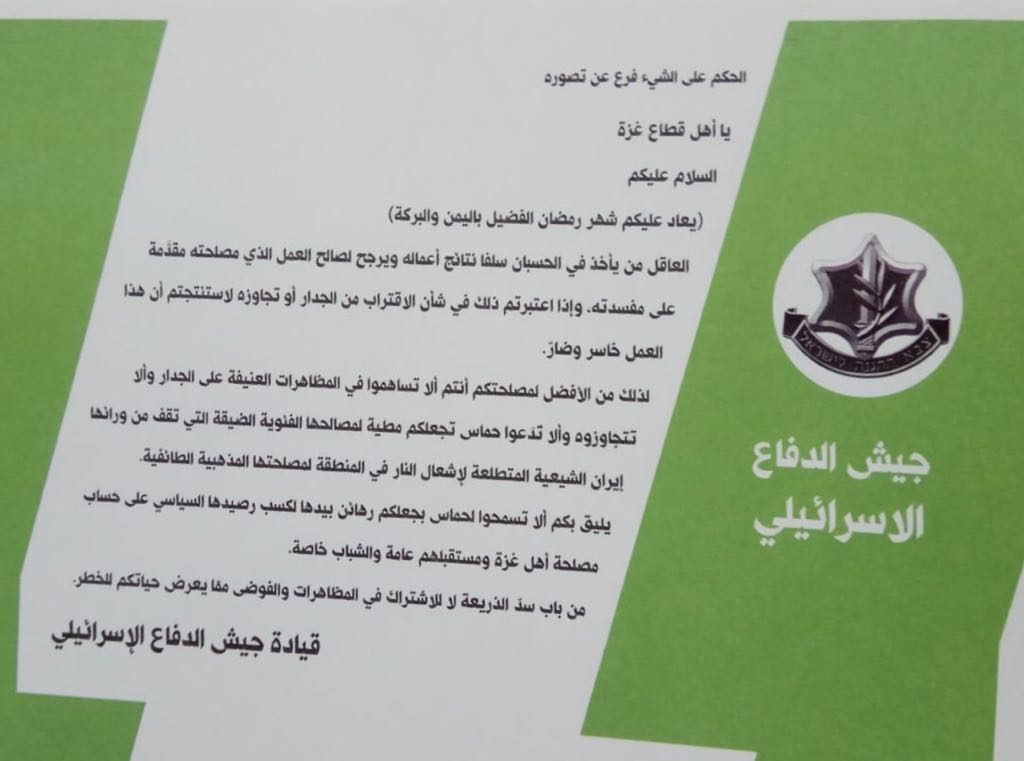 IDF aircraft dropped leaflets across the Gaza Strip, warning Gazans against approaching the security fence, damaging it, or carrying out acts of terror ahead of Friday’s planned protests, according to the IDF spokesperson.

In the leaflets, the IDF called on residents to abstain from being utlized by the Hamas and not to approach the fence. “For your own benefit, you are better off not taking part in the violent riots on the fence and not to try to cross the border.”

A major demonstration at the border fence is planned for Friday at 5:00 p.m., with Hamas calling for tens of thousands to protest the “Naksa,” the day marking Israel’s victory in the 1967 Six Day War. The Palestinian Authority’s representative in Iran threatened Tuesday that Hamas would fire “hundreds of rockets” at Israel during the riot.

The IDF said that it is prepared for any scenario and is determined to protect Israeli civilians and Israeli sovereignty.