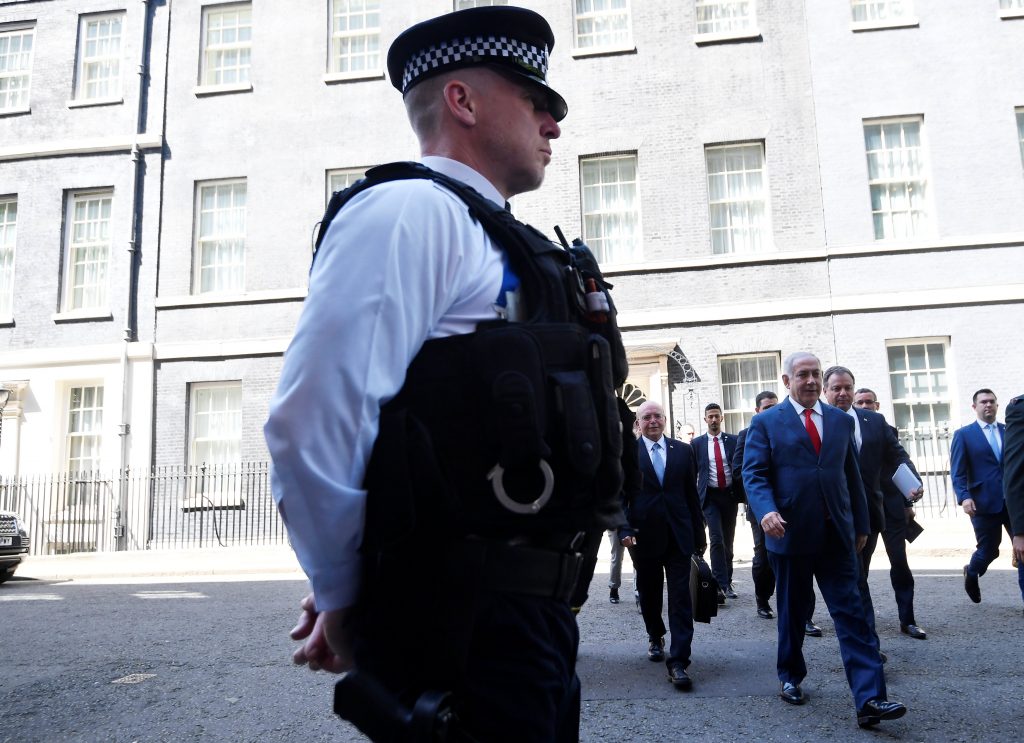 Britain is concerned about the deaths of protesters in Gaza, Prime Minister Theresa May told Israel’s premier Binyamin Netanyahu on Wednesday, saying that the situation had deteriorated.

Over 100 Palestinians have been killed in violent demonstrations launched by Hamas on March 30 in the Gaza Strip.

“We have been concerned about the loss of Palestinian lives,” May told Netanyahu ahead of talks in London, adding that Britain recognized Israel’s right to self-defense.

May said it was important to alleviate the situation and restart talks about a two-state solution to the conflict, which have been frozen since 2014.

Netanyahu said responsibility for the violence lay with Hamas.

“I think the problems there are rooted in the fundamental goal of Hamas to destroy Israel. We are not witnessing peaceful protests,” he said.

“We are doing everything we can to both minimize casualties and at the same time protect Israeli lives.”

On the issue of the Iran nuclear deal, Netanyahu has been encountering opposition in European capitals to his tough stance.

Netanyahu met Wednesday in Paris with French Finance Minister Bruno Le Maire, who is pushing to maintain European trade with Iran allowed under the 2015 deal curbing Iranian nuclear activities. The recent U.S. withdrawal from the accord threatens that trade and has raised fears of war between Israel and Iran.

Earlier this week, Netanyahu met with French President Emmanuel Macron and German Chancellor Angela Merkel, who both reiterated their support for the accord. Netanyahu says the deal was too soft on Iran.