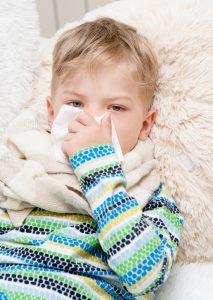 Sneezing will become more expensive in the coming days, as major toiletries manufacturers have announced a rise in prices that are expected to be passed on to the Israeli consumer, according to Globes.

Retail prices of facial tissues, toilet paper and paper towels will go up as early as next week, after Kimberly Clarke and Sano-Bruno said that a rise in the cost of paper necessitates the price change.

Kimberly Clarke has already notified its distributors of a 10 percent increase in the prices of its paper goods. Sources say that Sano Soft will go up by 9-12 percent. Kimberly Clarke’s corresponding important brands are Lily, Molett, and Nikol.

The supermarket chains indicated that Sano was raising its prices for the first time since the 2011 social protest.

Sano refused to comment on the matter, saying only that “The company’s business matters are managed directly with the relevant parties.”