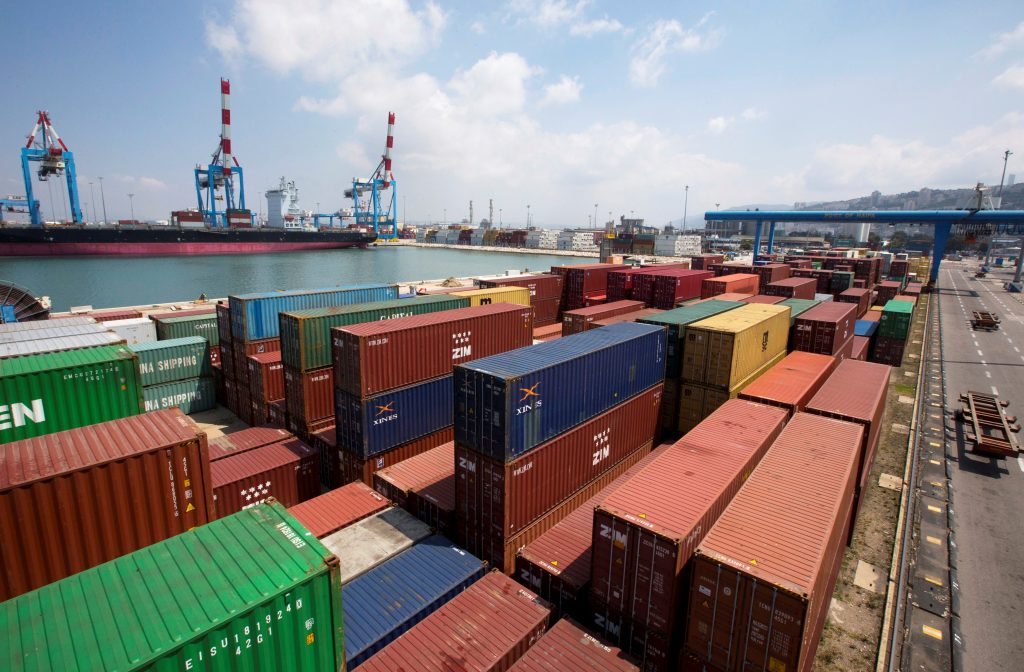 At least 17 ships were waiting to unload at Ashdod port, with another 14 lined up to come in. Ten were held up at Haifa port, with more ships due to come, spokesmen for the ports said.

Dockers protested by not coming to work, said officials at both ports, though cruise ships were still able to dock in Haifa.

The National Labor Court displayed unusual determination ordering the police to bring the workers committee leaders to the court to discuss the strike, according to Globes.

The heads of the workers’ committees at the two ports reportedly failed to appear for a hearing of the ports’ petition for contempt of court orders against them.

Union leaders, who have been negotiating with the government over new employment terms, given the looming competition, were planning to defy the court’s order issued on Wednesday night to return to work immediately, the paper said.

Before the scheduled start of the night shift, the court stated in its ruling, “In view of the circumstances: the heavy damage caused by the work disruptions — and because the work disruptions are in violation of agreements — we are issuing ex parte orders mandating an immediate return to work.”

“The Histadrut must exert its organizational authority and ensure that work is resumed,” it added.

Sources at Ashdod Port said that several dozen workers showed up for work there on Thursday morning, mostly members of the National Labor Federation in Eretz Israel, not the striking Histadrut, which represents most of the port workers. However, they were refused entry, being told that “the port cannot be operated because the Terminal Operating System (TOS) central computer system is down and there are no foremen on the docks.”

The Federation of Israeli Chambers of Commerce estimated that each day of the strike causes tens of millions of shekels in damage. The immediate damage results mainly from the expiry date for merchandise stuck in the ports (imports and exports of fresh food, food with imminent expiry dates, medical equipment for hospitals, etc.).

Financial repercussions could be even more extensive, though, as Zim has said that it is considering moving its operations overseas.

The government, frustrated by labor disputes that have disrupted Israel’s trade arteries for years, gave the green light in 2013 to build new terminals next to the state-run ports of Ashdod and Haifa.

A spokesperson for Israel’s labor federation, Histadrut, referred questions about operations to the individual port workers committees, who were not immediately reachable.

China’s Shanghai International Port Group will operate a private port in Haifa and Swiss-based Terminal International Ltd (TIL) will run a port to the south in Ashdod.

The government says the new ports will lower the cost of goods across the board.