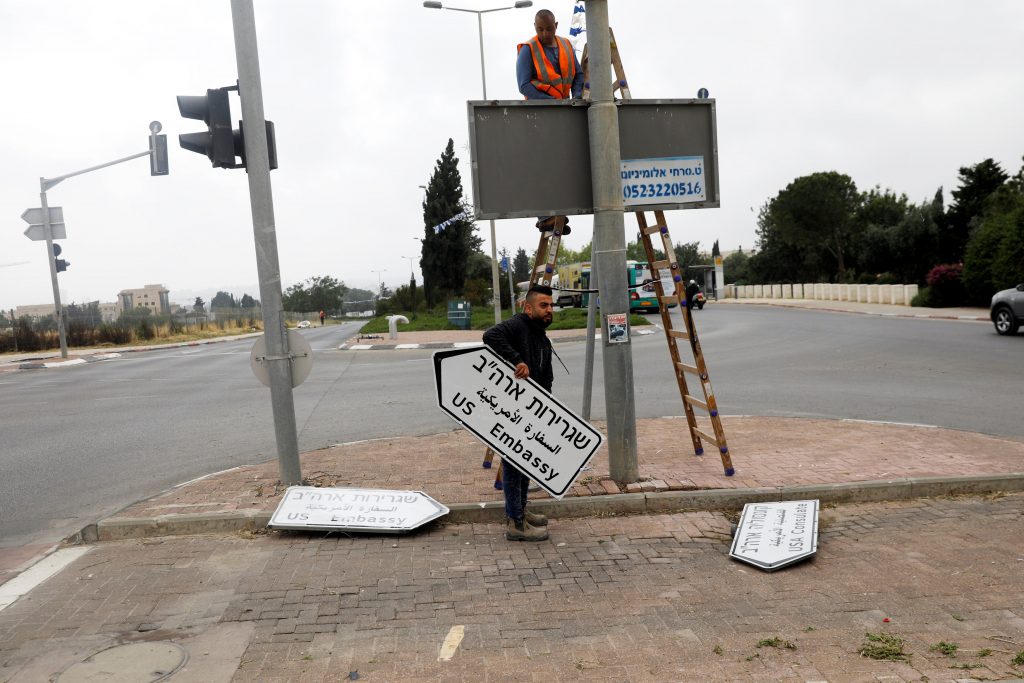 As a show of appreciation for moving the United States Embassy to Yerushalayim, the municipality has announced that it will rename the traffic circle on the road that leads to the entrance to the embassy “United States Square, in Honor of President Donald Trump” – or, as the street signs and maps will call it, “Donald Trump Square.” The renaming will be done in the days after the embassy officially opens next week, in a special ceremony to include U.S., Israeli government, and local officials.

The renaming was actually approved a year ago by the city panel that approves street names. Usually, it takes years for a street name to be changed in honor of an individual or group, but it was decided to speed up the process in honor of the event, city officials said. Officials believe that it is the first official street name honoring the American president anywhere in the world.

In a statement, Yerushalayim Mayor Nir Barkat said that “President Trump has decided to recognize Yerushalayim as the capital of the Jewish people, to stand on the side of historical truth, and to do the right thing. Naming the square after President Trump is Yerushalayim’s way of showing our affection for the president and citizens of the United States, who stand at the side of Israel.”