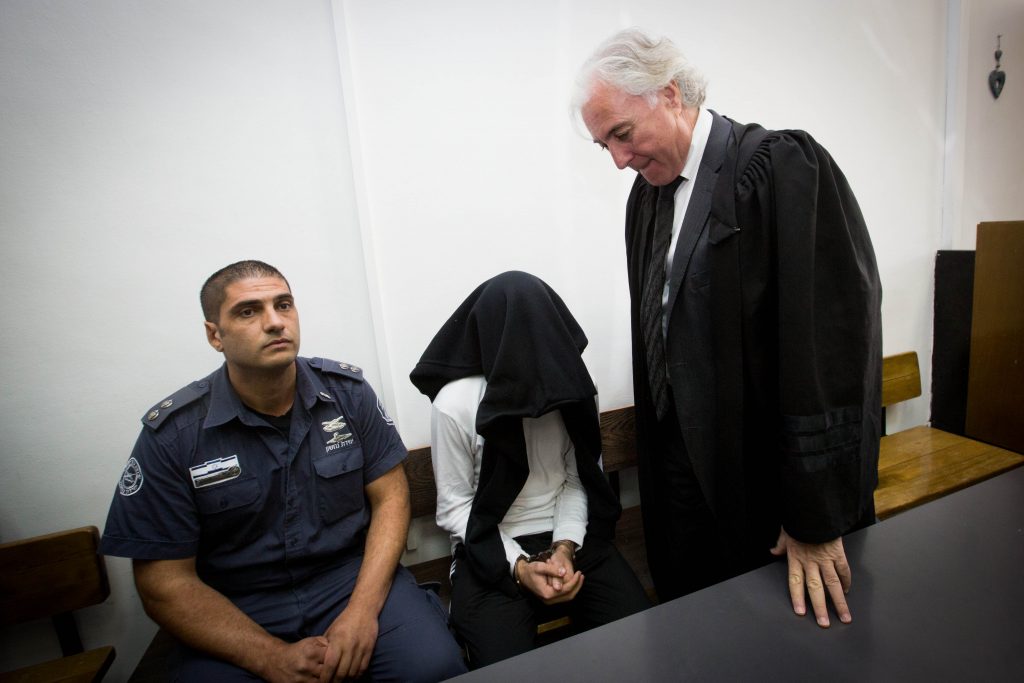 The Honenu organization, which defends the rights of Jews in Yehudah and Shomron, on Wednesday slammed a nine-month prison sentence imposed on a Border Patrol officer for causing the death of an Arab youth four years ago. The Yerushalayim District Court imposed the sentence as part of a plea bargain, in which officer Ben Dari admitted responsibility for the death of the 17-year-old Arab rioter in the village of Beitounia in 2014. Along with the sentence, Dari was ordered to pay NIS 50,000 to the family of the rioter.

The incident occurred on “Nakba Day,” May 15th, in 2014. Dari, defending himself in a riot at the Beitounia checkpoint in the Binyamin Region, said that he had fired a rubber bullet at the rioter, but in the plea deal admitted to shooting a live bullet. Dari was originally indicted on murder charges, later reduced to manslaughter. Dari was selected for prosecution because the shooting was fully documented on video, the court said, adding that he “purposefully sought to inflict death or serious injury on the victim.”

In its statement, Honenu said that the sentence was “shameful. This officer was fighting on the front lines to defend the rest of us, and now he will find himself behind bars for long months. The justice system is once again confused between enemy and friend. It is shameful that one of our soldiers has to go to prison.”

Attorney Tzion Amir, who represented Dari, said that the officer had insisted on closing a plea deal, even though in his estimation they would have prevailed had the case gone to court. “On the one hand I am happy that he got only a relatively moderate punishment, but I am not happy that throughout the process he insisted on reaching a plea bargain,” he told Channel 20.