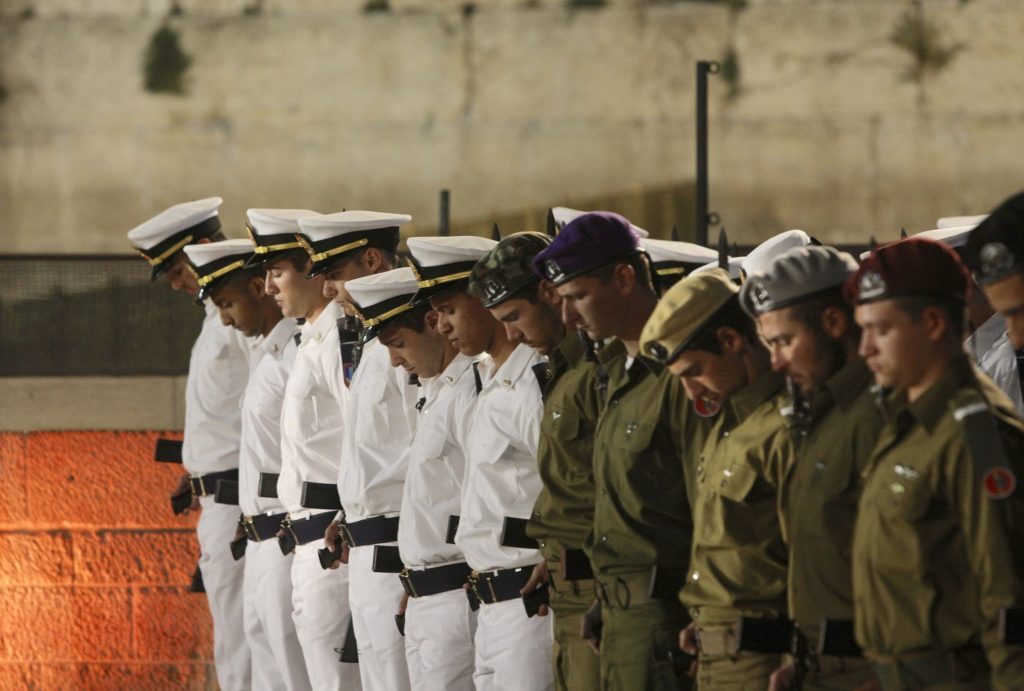 Israel marked its annual Memorial Day for fallen soldiers and victims of terrorism on Tuesday with somber ceremonies and a one-minute siren that brought the country to a solemn standstill.

Sirens wailed at 8 p.m. across the country, prompting Israelis to stop in their tracks and stand silently with heads bowed to remember the dead. Another siren will ring out on Wednesday morning.

Memorial Day, which goes from sundown to sundown, is marked across the country by mournful ceremonies and visits to cemeteries by bereaved families. Places of entertainment shut down and media stations broadcast war stories and melancholic music.

The main ceremony was held at the Kosel Maaravi on Tuesday evening and attended by Israel’s president, military brass and grieving families.

Memorial Day continues into Wednesday, ending at sundown with a sharp break into jubilant festivities celebrating 70 years since Israel’s creation.