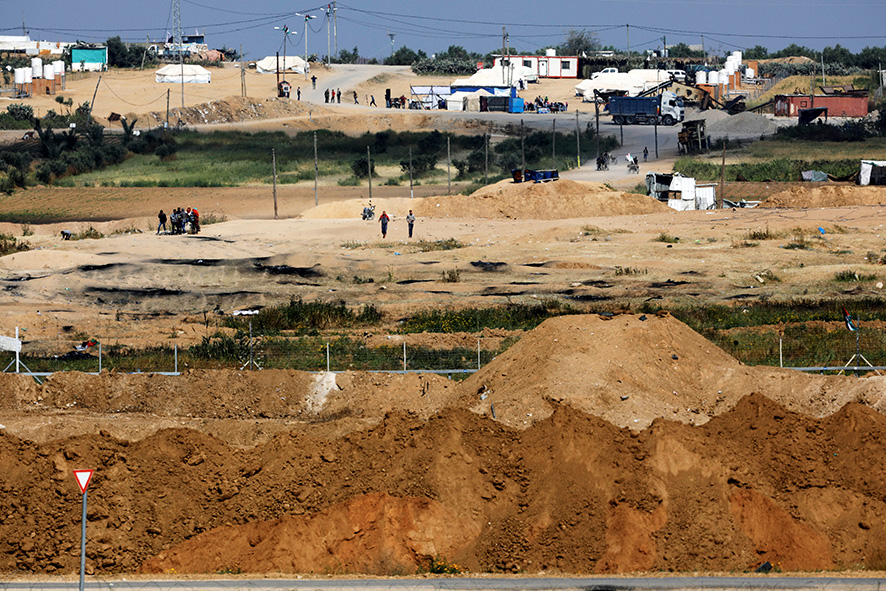 The IDF said Sunday evening that soldiers opened fire on three Palestinians as they tried to sneak across the Gaza border fence into Israel.

The IDF spokesman said that the shelling was in response to three suspects who crossed the security fence in northern Gaza. They returned on the same route they came.

Contrary to the Arab reports of the terrorists opening fire at IDF equipment or personnel, the IDF said there is no known security incident in the adjacent Israeli communities. The circumstances of the crossing are being examined, added the spokesman.

Tensions along the Israel-Gaza border have worsened following the beginning of six weeks of violent demonstrations and attempted infiltrations into Israel along the Gaza security fence. Tens of thousands of Arab rioters gathered near the border on nearly a daily basis.