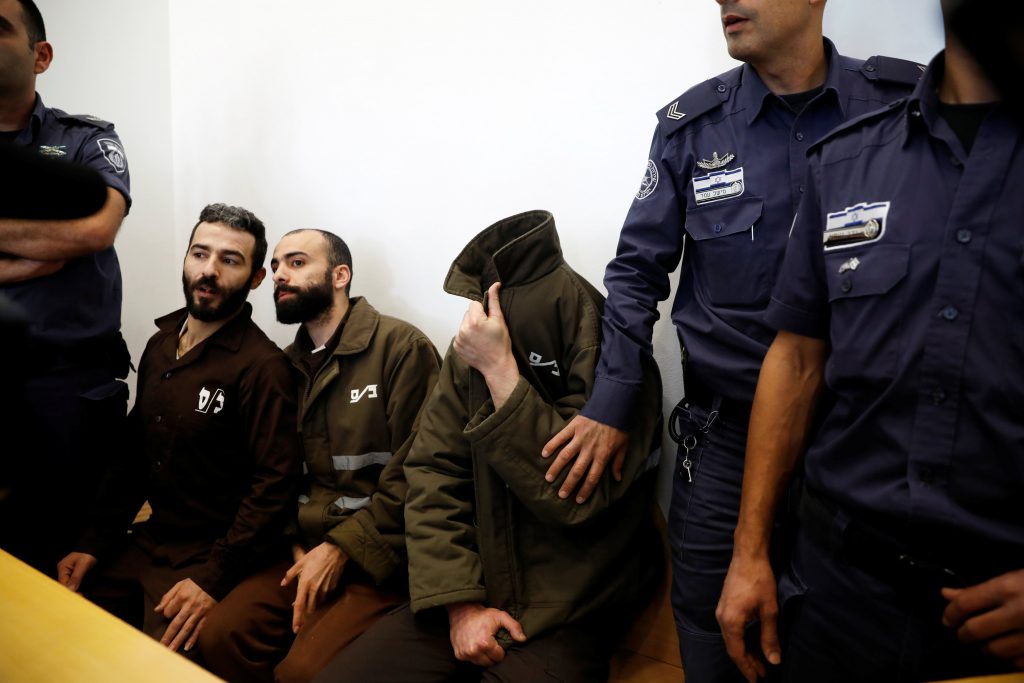 Israeli prosecutors charged a French consular driver on Monday with using a diplomatic car to elude border inspections and spirit guns from the Islamist-ruled Gaza Strip to Yehudah and Shomron on behalf of a Palestinian smuggling ring.

The indictment against Romain Franck, a 23-year-old French citizen, was served hours after a gag order was lifted on his Feb. 15 arrest by the Shin Bet security agency, whose roles include counterterrorism and counterespionage.

Shin Bet officials, however, said Franck’s motive for transporting 70 pistols and two assault rifles was financial, rather than any ideological support for Palestinian terrorists.

He received some $7,600 in payment for the contraband, according to the indictment, which listed counts including arms possession, arms trafficking, fraud and criminal conspiracy.

“This is a very serious incident in which the immunity and privileges granted to foreign diplomatic missions in Israel were cynically exploited to smuggle dozens of weapons that may be used for terrorist attacks against Israeli civilians and security forces,” the Shin Bet said.

Franck’s lawyer could not immediately be reached for comment on how he may plead to the charges in Be’er Sheva District Court.

If convicted, Franck could face a lengthy prison sentence.

France said it was in contact with Israeli authorities.

“We take this case very seriously,” a spokeswoman for the Foreign Ministry in Paris said in a statement, adding that the French ambassador to Israel had visited the suspect as part of efforts to ensure his rights were being safeguarded.

The French Foreign Ministry had also ordered an internal inquiry “to draw all the conclusions to allow the agents of our consulate-general to pursue in the best conditions their important mission in a difficult context,” the statement said.

Franck was arrested along with a Palestinian from East Yerushalayim employed as a security guard at the consulate as well as seven other suspects, the Shin Bet said. In the dock on Monday, the Frenchman covered his face with his prison jacket.

The Shin Bet accused Franck of using a consulate car, which enjoyed more cursory Israeli security checks due to its diplomatic status, to bring the factory-grade guns from Gaza to Palestinian arms dealers in the West Bank.

The first smuggling run took place around Dec. 21 and the last around Feb. 12, the indictment said.

Franck “acted for financial profit, on his own initiative and without the knowledge of his superiors,” the Shin Bet said.

It said Franck received the guns from a Palestinian employed by the French Cultural Center in Gaza.

A Shin Bet official told Hadashot News that Israel considered the incident “a very serious one, with the cynical use of diplomatic immunity and rights granted to foreign officials in Israel for the purpose of smuggling weapons.” The official added that the consular employee operated the smuggling ring for financial gain, and that no other French consular or embassy officials are thought to be involved.

Meir Haviv, a member of the French parliament, said that “unfortunately this is not the first time the French Consulate in Yerushalayim has been involved in illicit activities. Even if the employee in question was a junior one, the incident is shameful. Unfortunately, I believe that the Yerushalayim Consulate has in fact become an embassy to the Palestinian Authority.”