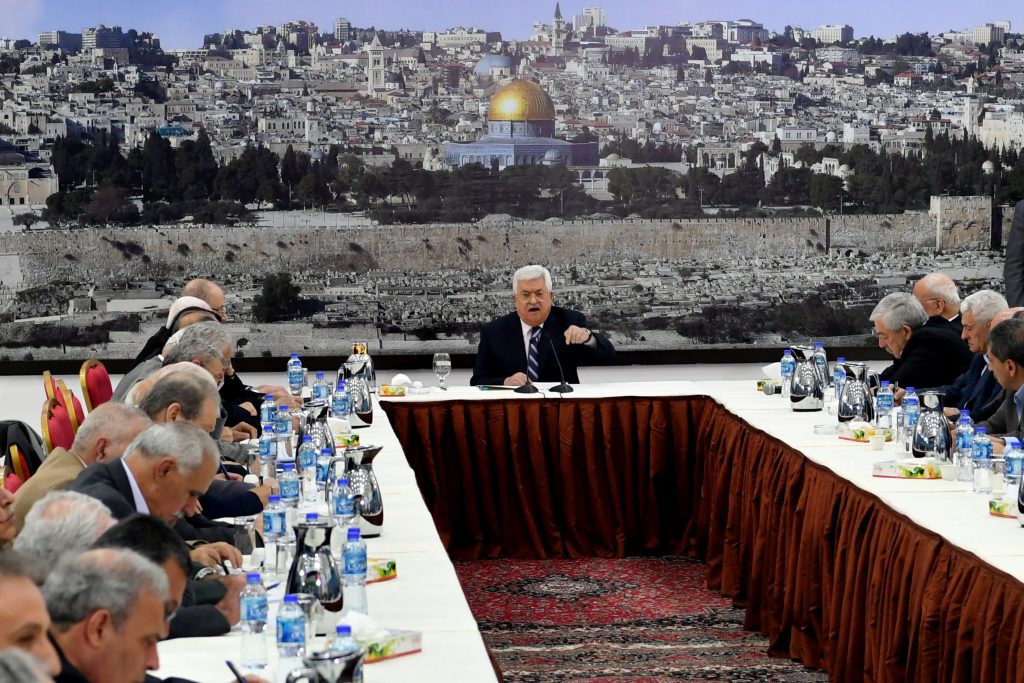 In an extraordinary personal attack that exceeded even the vitriol and viciousness of normal Palestinian rhetoric, Mahmoud Abbas attacked U.S. Ambassador to Israel David Friedman on Monday, cursing him and denouncing him as a “settler.”

The tirade came in response to a tweet by Friedman accusing Abbas’s PA of inciting terrorism and chiding him for not condemning the stabbing murder of an Israeli father of four on Sunday in the Old City of Yerushalayim.

Abbas noted that a number of U.S. officials “view the settlements as legitimate, Friedman most of all.”

Friedman, who was attending an anti-Semitism conference in Yerushalayim when he learned of what Abbas said, quoted the insult and added, “Anti-Semitism or political discourse? I leave this up to you.”

Prime Minister Binyamin Netanyahu commented caustically later Monday night, saying, “Abbas lashing out at Ambassador Friedman says it all. For the first time in decades, the American administration stopped indulging Palestinian leaders and told them that, ‘Enough is enough.’

“The shock must have caused them to lose their wits,” Netanyahu added.

He and other Israeli officials have many times criticized Abbas for such failures in the past and prodded him to issue condemnations of terror attacks. He often complied, however slowly and begrudgingly, but an outburst like the one against Friedman on Monday was unusual.

As of Monday night, media reports made no mention of Abbas issuing any condemnation of the murder.