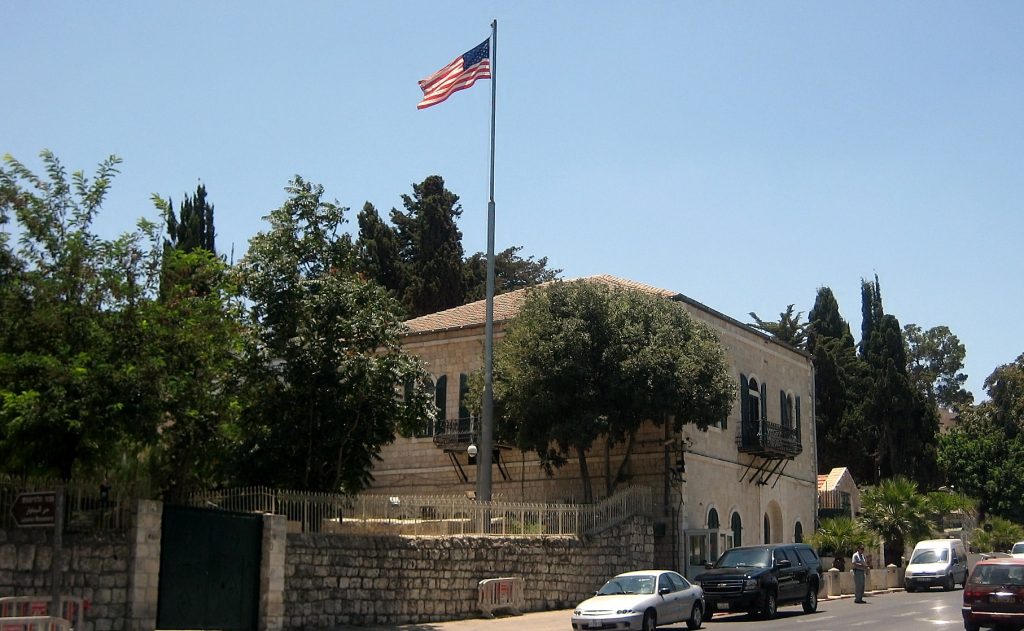 The latest land dispute with the Palestinians does not involve a tiny outpost in Yehudah and Shomron. This time it’s the future location of the U.S. embassy in Yerushalayim, which may become a flashpoint with Palestinians who claim the area is theirs.

Part of the projected embassy site may be in a “No Man’s Land” between East and West Yerushalayim that is claimed by the Palestinians, according to a New York Times report on Thursday. The site, in the Yerushalayim neighborhood of Arnona, is currently home of the U.S. Consulate General in Yerushalayim, and was chosen for a provisional U.S. embassy until a permanent facility is established.

A part of the embassy would stand between the two armistice lines drawn by hand in 1949 by Israeli and Jordanian military commanders, at the end of the War of Independence. Small differences between the two lines resulted in areas that weren’t under control of either side.

The report quoted an unnamed U.N. official as saying the area in question would be considered “occupied territory,” since Israel took full control of it in the Six Day War in 1967.

“No Man’s Land is occupied territory. Any permanent status for that territory should be part of a final status negotiation,” asserted Ashraf Khatib of the PLO’s Negotiations Affairs Department.

However, the U.S. State Department has operated its consulate in the same area, noting in a statement last week that the site “has been in continuous Israeli use since 1949. It is today a mixed residential-commercial neighborhood.”

In a similar vein, Raphael Israeli, a professor emeritus at Hebrew University and a former Israeli delegate to the Israel-Jordan Mixed Armistice Commission, said that half a century under Israeli control has rendered questions about the area’s status “moot.”

“You can start making hairsplitting arguments, but it seems so obsolete now. Things got blended together, and I don’t know any more which is what and what belongs to whom,” he said.