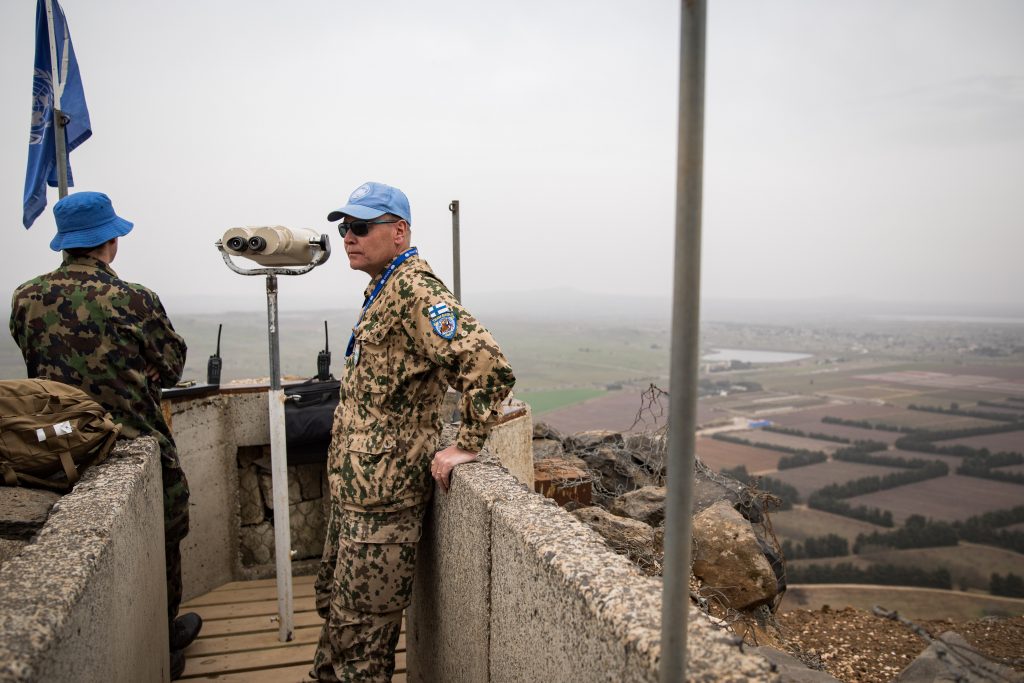 Israel has often had to deal with spillover from the Syrian civil war, in the form of errant gun and mortar fire. Now Foreign Ministry officials are concerned about the potential for another kind of spillover, no less deadly — from chemical weapons.

The Foreign Ministry has sent a classified cable to 15 Israeli ambassadors around the world, supplying them with guidelines for lodging protests against Iran, Syria and Hezbollah to their host countries, Channel 10 reported.

“It must be made clear that such an incident would require Israel to respond in the strongest possible terms,” in the event that chemical weapons against rebels near the Golan Heights should affect Israel.

In addition, the ambassadors were instructed to urge the countries to pressure Iran to halt its support of Hezbollah, in particular setting up factories in Lebanon for manufacturing precision missiles with which to threaten Israel.

A senior Israeli official said that this reflected a “sense” in Yerushalayim that the international community has not been taking Israel’s willingness to act against Iran’s entrenchment in Syria seriously.