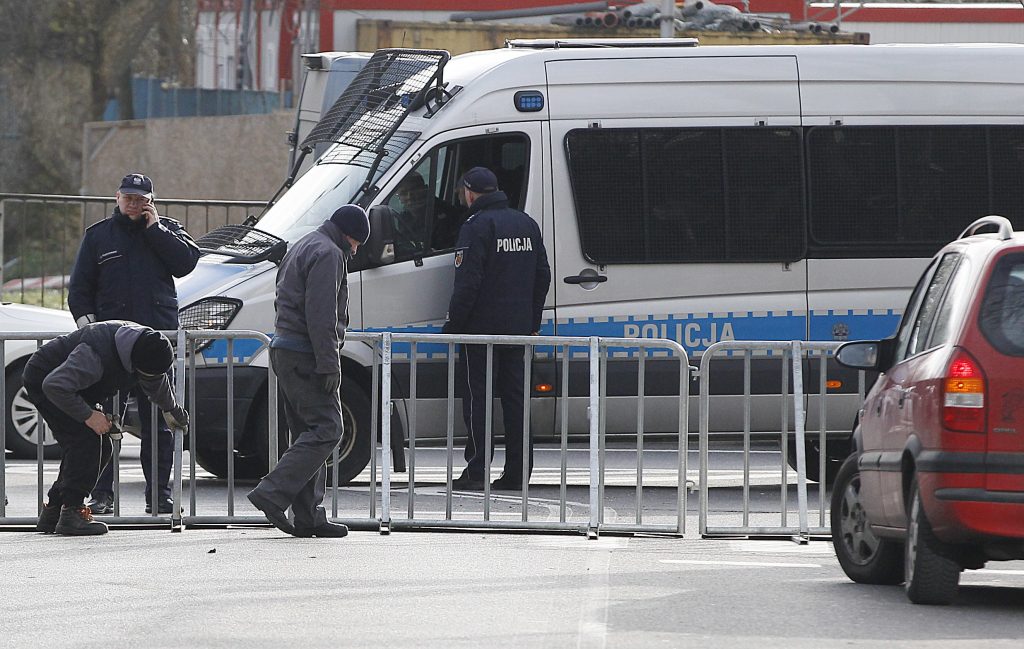 Israel “adamantly opposes” the Polish senate’s approval on Thursday of draft legislation penalizing suggestions of any complicity by Poland in the Nazi Holocaust, the Israeli Foreign Ministry said.

Polish lawmakers approved draft legislation penalizing suggestions of any complicity by Poland in the Nazi Holocaust on its soil during World War II, defying criticism by Israel and the United States.

The Senate voted on the draft bill in the early hours on Thursday and it will now be sent to President Andrzej Duda for a final signature.

Poland’s PAP news agency reported 57 senators voted for the draft bill, with 23 against and two abstentions.

The proposal has triggered a diplomatic spat between Israel and Warsaw’s conservative government since its initial approval in the lower house of parliament last week, with Prime Minister Binyamin Netanyahu comparing it to an effort to change history. There were calls proposing Israeli legislation to counter it and Israeli ministers called for the ambassador to be recalled in protest.

“The law passed by the Poles is a grave development, as it removes the blame and denies Poland’s part in the Holocaust of the Jews,” Katz said in a statement.

The U.S. State Department urged Poland on Wednesday to re-evaluate the draft law, expressing concern about consequences on Warsaw’s relations with the United States and Israel if the draft becomes law.

Under the proposed legislation, violators would face three years in prison for a mention of “Polish death camps,” although scientific research into World War II would not be constrained.

Poland has fought against the use of the phrase in some Western media for years, arguing it suggested the Polish state was at least partly responsible for the camps, where millions of people, mostly Jews, Hy”d, were killed by Nazi Germany.

The camps were built and operated by the Nazis after the 1939 invasion of Poland, home to Europe’s largest Jewish community at the time.

“We have to send a clear signal to the world that we won’t allow for Poland to continue being insulted,” Patryk Jaki, a deputy justice minister, told reporters in parliament.

The Polish government has said the legislation aims to stop the Polish people or state from being blamed for Nazi crimes.

The United States said, however, the legislation “could undermine free speech and academic discourse. We all must be careful not to inhibit discussion and commentary on the Holocaust.”

“We believe open debate, scholarship and education are the best means of countering inaccurate and hurtful speech,” State Department spokeswoman Heather Nauert said in a statement.

“We are also concerned about the repercussions this draft legislation, if enacted, could have on Poland’s strategic interests and relationships … We encourage Poland to re-evaluate the legislation,” Nauert said.

Poland has gone through a painful public debate in recent years about guilt and reconciliation over the Holocaust.

Research showing some Poles had participated in the Nazi German atrocities shook the belief of many that the nation was only a victim of World War II and had conducted itself honorably. Many still refuse to accept the findings.

Poland was home to some 3.2 million Jews before the war. Germany attacked and occupied Poland in 1939 and later built death camps, including Auschwitz and Treblinka, on Polish soil. Most of the Jews who lived in Poland were killed by the Nazi occupiers.

According to figures from the U.S. Holocaust Memorial Museum, the Germans also killed at least 1.9 million non-Jewish Polish civilians during World War II.

The ruling Law and Justice (PiS) party, a socially conservative grouping with a nationalist agenda, has reignited debate on the issue as part of a campaign to fuel patriotism since sweeping into power in 2015.

The Israeli Foreign Ministry summoned Poland’s charge d’affaires on Sunday to object to the bill.