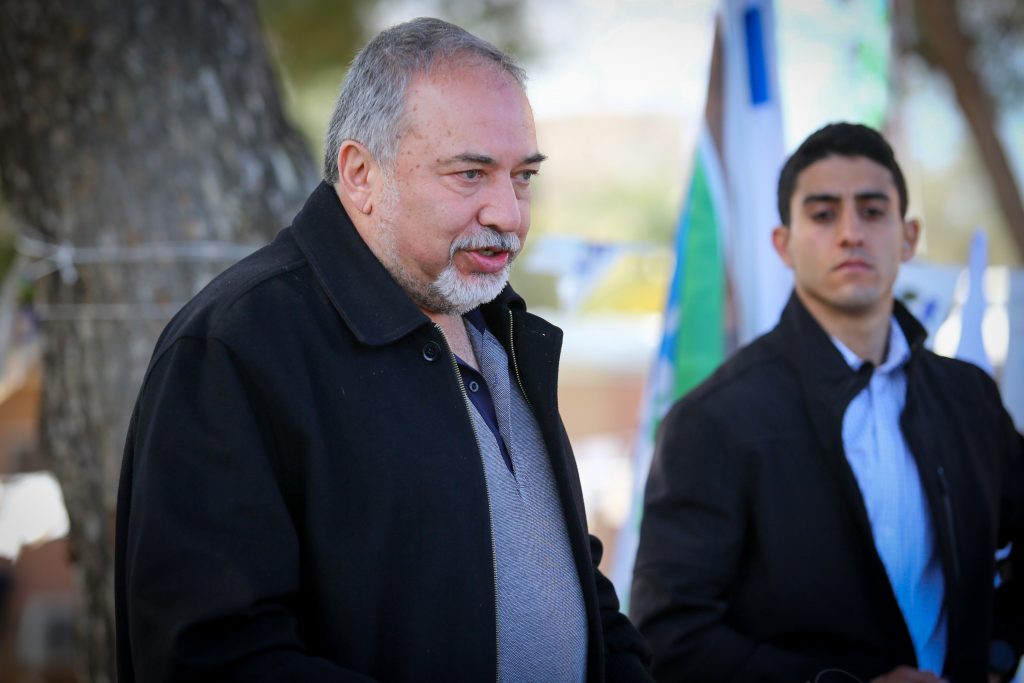 Israel described as “very provocative” on Wednesday a Lebanese offshore oil and gas exploration tender in disputed territory on the countries’ maritime border, and urged international firms not to bid.

Lebanese President Michel Aoun, whose country considers Israel an enemy state, described the comments as “a threat to Lebanon.”

“When they issue a tender on a gas field, including Block 9, which by any standard is ours … this is very, very challenging and provocative conduct here,” Defense Minister Avigdor Liberman said.

“Respectable firms” bidding on the tender “are, to my mind, making a grave error – because this is contrary to all of the rules and all protocol in cases like this,” he told an international security conference hosted by Tel Aviv University’s INSS think-tank.

Lebanon in December approved a bid by a consortium of France’s Total, Italy’s Eni and Russia’s Novatek for two of the five blocks put up for tender in the country’s much-delayed first oil and gas offshore licensing round.

One of the awarded blocks, Block 9, borders Israeli waters. Lebanon has an unresolved maritime border dispute with Israel over a triangular area of sea of around 860 sq km (330 square miles) that extends along the edge of three of the blocks.

“Liberman’s words about Block 9 are a threat to Lebanon and its right to sovereignty over its territorial waters,” Aoun said on his official Twitter account.

The contracts are expected to be officially signed on Feb. 9, the Lebanese Petroleum Administration said, allowing exploration to begin.

The licensing round was relaunched in January last year after a three-year delay caused by political paralysis.

Lebanon is on the Levant Basin in the eastern Mediterranean where a number of big sub-sea gas fields have been discovered since 2009, including the Leviathan and Tamar fields located in Israeli waters near the disputed marine border with Lebanon.

Israel last went to war in Lebanon in 2006, against the Iran-backed Hezbollah militia. With tensions rising anew, Liberman said Lebanon would “pay in full” for any new Hezbollah attacks on Israel.

But he said Israel sought no war, adding: “We try to conduct ourselves determinedly and responsibly.”