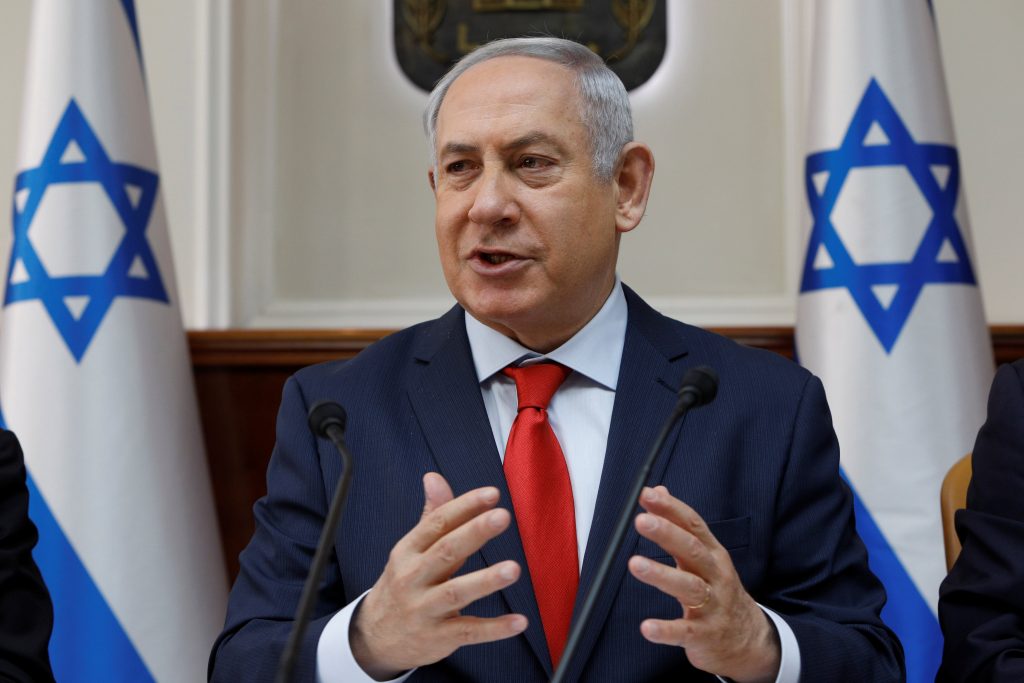 While the Palestinians and Arab MKs are boycotting the visit of U.S. Vice President Mike Pence in Israel, Prime Minister Binyamin Netanyahu told the weekly cabinet meeting on Sunday that without Washington there can be no peace in the Middle East.

In recent weeks, the Palestinians have declared that the U.S. forfeited its peacemaking role after President Donald Trump’s recognition of Yerushalayim as Israel’s capital, and have been taking steps to have the European Union supplant it as the chief mediator.

But, asserted PM Netanyahu, anyone who truly seeks peace in the region “know there is no alternative to the leadership of the U.S.”

He had warm words for VP Pence and sharp criticism for his critics:

“This evening a great friend of the state of Israel, a true friend, Vice President Mike Pence, will arrive in Israel,” PM Netanyahu said.

“We shall discuss efforts by the Trump administration to hinder Iran’s aggression and the Iranian nuclear program, and of course to promote security and peace in the region,” PM Netanyahu said. “

As for the Joint (Arab) List, which said it will boycott the Pence visit, and possibly try to disrupt it, PM Netanyahu called it a “disgrace.”

“I see it as a disgrace that Knesset members are intending to boycott this important visit in the Knesset and even plan to disrupt it. We will all be there and will pay Vice President Pence the great respect he deserves,” he said.

Joint (Arab) List leader Ayman Odeh denounced VP Pence as “a dangerous man with a messianic vision that includes the destruction of the entire region.” President Donald Trump was, in his words, “even more dangerous… [a] political pyromaniac” and a “racist.”