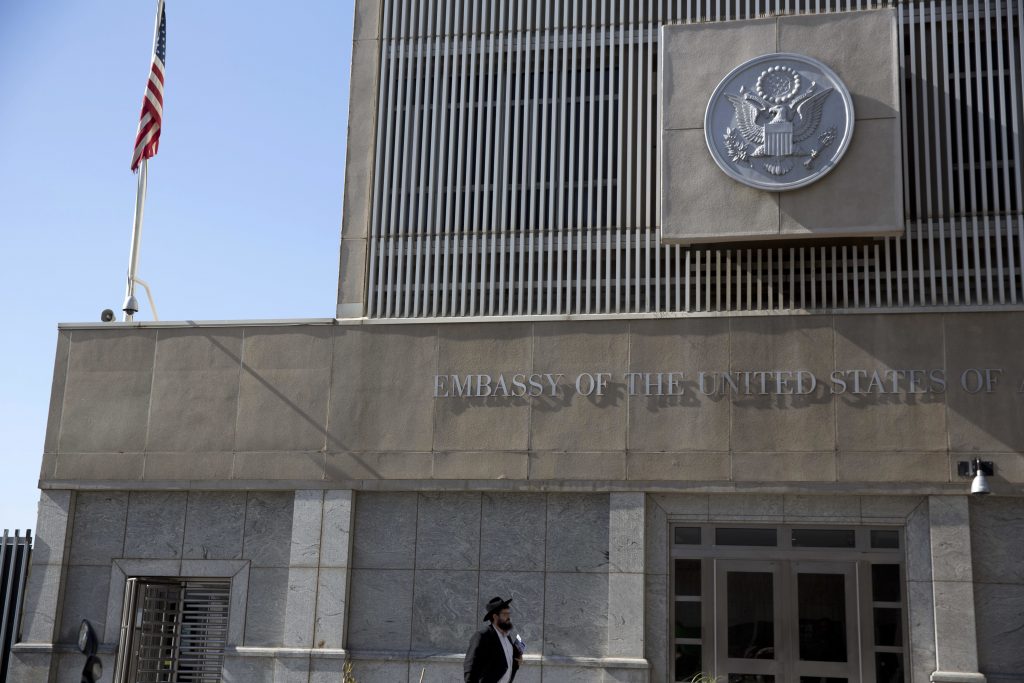 Sources in Prime Minister Binyamin Netanyahu’s office said Thursday that despite comments by U.S. President Donald Trump Wednesday, the contention by Prime Minister Binyamin Netanyahu that the United States would move its embassy to Yerushalayim within a year was not necessarily incorrect. “There is no contradiction between what the president said and what the prime minister said,” the sources were quoted as telling Yediot Achronot. “Obviously it takes many years to build an embassy, but the prime minister believes that the United States may take steps before that.”

Speaking to Israeli reporters accompanying him on his visit this week to India, Netanyahu said Wednesday that the American embassy will be moved from Tel Aviv to Yerushalayim “much more quickly than you think, certainly within the next year.”

Although President Donald Trump has acknowledged Yerushalayim as Israel’s capital, he said in his announcement recognizing that fact that the actual process of moving the embassy could take some time, as the U.S. wanted to build a new building to house it. Analysts have taken that statement to mean that the actual moving of the embassy could take years.

That analysis was seemingly borne out by Trump, who told Reuters regarding Netanyahu’s comments that such a move was unlikely. “By the end of the year? We’re talking about different scenarios — I mean, obviously that would be on a temporary basis. We’re not really looking at that. That’s no,” Trump said. Last month, U.S. Secretary of State Rex Tillerson said that the move could take as long as three years, “and that’s pretty ambitious,” meaning that the move could take even longer.

But Netanyahu was also not necessarily talking about construction of a new building, the sources told Yediot Achronot. “A temporary move could take place, in which the embassy could be moved and housed in an existing building.” That is what the prime minister was talking about, the sources said.