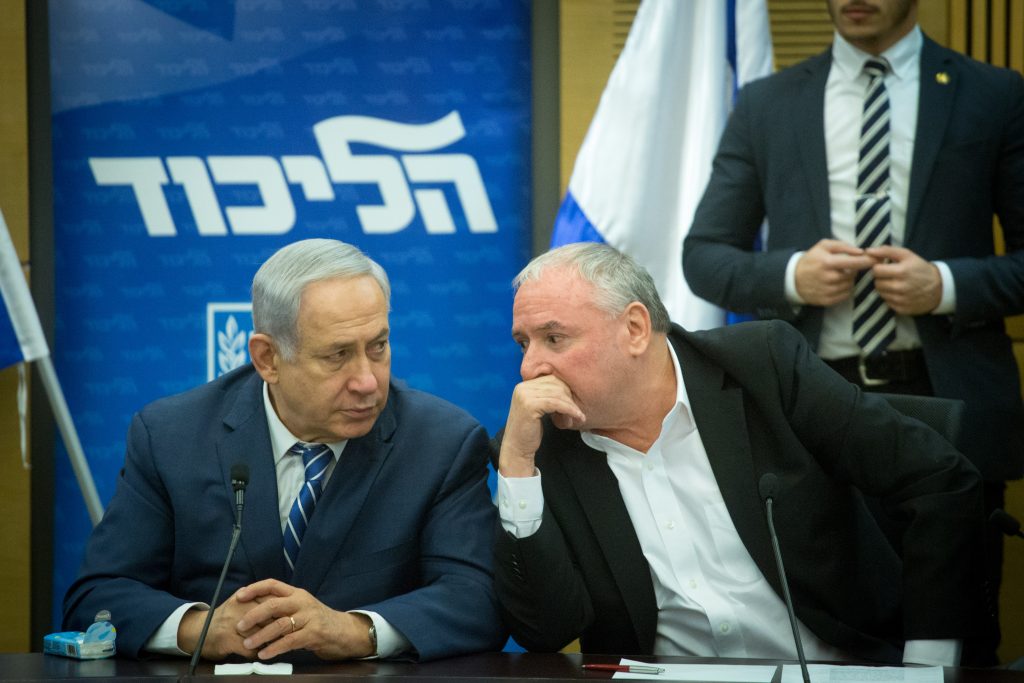 The Knesset was girding for an all-night session on Monday, as opposition MK’s said they are going to mount a 45-hour filibuster over the

The invective was already flying before the plenum debate opened.

At his weekly faction meeting, Yesh Atid leader Yair Lapid denounced the bill as “an abomination.”

“It is an abomination because it takes Israel democracy and bends to the needs of one person,” he said, referring to Netanyahu. He added that the bill had turned the Knesset into an “embarrassing circus of corruption.”

“They’re good at being corrupt,” Lapid said of the coalition, wryly praising what he described as the government’s uncharacteristic “efficiency” in passing the legislation.

Zionist Camp leader Avi Gabbay said it’s “a law that is entirely against the public and in favor of criminal organizations and corrupt public officials,” and he invited the public to submit their objections to the bill, which will be read out during the plenum debate.

The bill would bar police from advising prosecutors whether they think there is sufficient evidence for indictment of public officials, though the attorney general and state prosecution can receive police input on request. The law would affect ongoing cases, including those involving Prime Minister Netanyahu and former coalition chairman David Bitan.

Other Knesset business, including committee meetings originally scheduled for Tuesday, were expected to be cancelled to allow for the marathon debate.

Negotiations held Monday morning for the scheduling of debate and voting were described as unusually tense.

The new coalition chairman, Likud MK David Amsalem, who is also the bill’s chief author, invoked Clause 98, which allows officials to decide in advance when the plenary sessions will begin and end, and when voting will be held, in order to preserve parliamentary order.

Zionist Camp MK Yoel Hasson, for his part, argued that the opposition was within its rights to extend debate beyond fixed hours on important and controversial legislation such as this.

Amsalem responded that he would not agree to forcing MKs to “sleep in the Knesset with their shoes on, or in sleeping bags.”

In the end, it was decided that the final vote on the measure won’t be held until Wednesday.