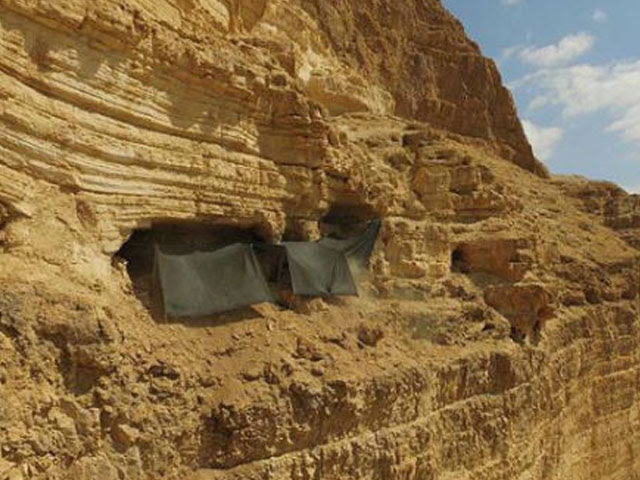 This week was a particularly busy one for the security forces of the Archaeological Authority. In the space of just a few hours Wednesday night, the forces caught two gangs that were in the midst of trying to steal archaeological treasures, which would be worth tens of thousands of dollars on the private market.

Security forces, acting on a tip, caught a gang digging in a 2,000-year-old cave outside the Galilee Arab village of Ma’ar. The cave was the site of discovery of relics from the first century CE, the Roman occupation of Eretz Yisrael.

The relics include carved inscriptions, jugs, jewelry, and items associated with the Sixth Roman Legion, which was stationed in the area. The gang was caught in the midst of an illegal digging operation, led by a resident of Ma’ar. The ringleader was arrested, but at least two of his criminal associates absconded. Officials were searching for them.

In a second incident, officers discovered a group of five suspects who were operating in the area of Churbat Devorah, adjacent to the Arab village of Kfar Daburiyah. Churbat Devorah was the site of a Talmudic-era village, and contains antiquities from that period, as well as from later periods. Antiquities from the Hellenstic period (the period of nes Chanukah) have been found there as well. The gang was found digging illegally at the site, damaging several structures that were uncovered by archaeologists.

Nir Distelfeld, supervisor of the Authority’s antitheft unit in the north, said that “the story of a nations is based on the treasures of its past. Time after time we find thieves looking to get rich off the treasures that were buried here in the past. They are doing this at our expense, stealing our past. It is sad that the greed for money causes people to be so blind. These illegal digs cause irreparable damage, harming the historical investigation that is important to all of us.”