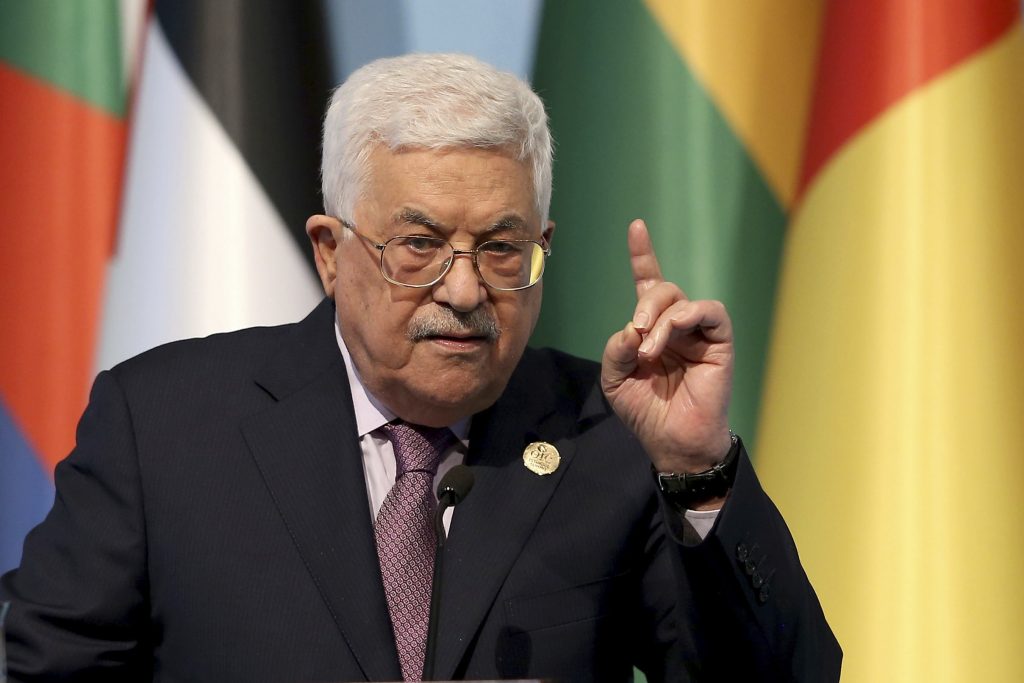 In a stinging rebuke to the Palestinians rarely if ever heard in public from a U.S. administration, a senior White House official said on Wednesday that the rejectionist rhetoric coming from Mahmoud Abbas “has prevented peace for years” and isn’t surprising.

The comment was in response to a speech given by Pres. Abbas earlier in the day in Istanbul in which he and other Muslim leaders gathered there declared that the U.S. had forfeited its role as peacemaker in the Mideast with President Donald Trump’s recognition of Yerushalayim as Israel’s capital.

Pres. Abbas denounced the move as “a crime,” and said that Pres. Trump had promised the deal of the century, but instead they got the “slap of the century.”

He claimed that Washington had reneged on a specific quid pro quo:

“We agreed with America we would not join international institutions on the condition that American does not transfer its embassy, does not initiate any action against our office in Washington, and orders Israel to freeze settlement building,” Abbas said.

In spite of the Palestinian and Muslim reaction, the official said the White House will continue “hard at work putting together our plan [for peace], which will benefit the Israeli and Palestinian peoples.”

The official also urged everyone to “ignore the distortions and instead focus on what the president actually said last week: the specific boundaries of Israeli sovereignty in Jerusalem are subject to final status negotiations between the parties, the United States continues to take no position on any final status issues, and the United States would support a two-state solution if agreed to by both sides.”

The White House official spoke on condition of anonymity in advance of an expected public statement.

“The truth will eventually prevail, and many nations will recognize Yerushalayim as the capital of Israel and move their embassies” here, he said.

However, when PM Netanyahu made that prediction in Brussels on Tuesday, EU foreign policy chief Federica Mogherini bluntly dismissed his “expectations” of any such change in European policy.