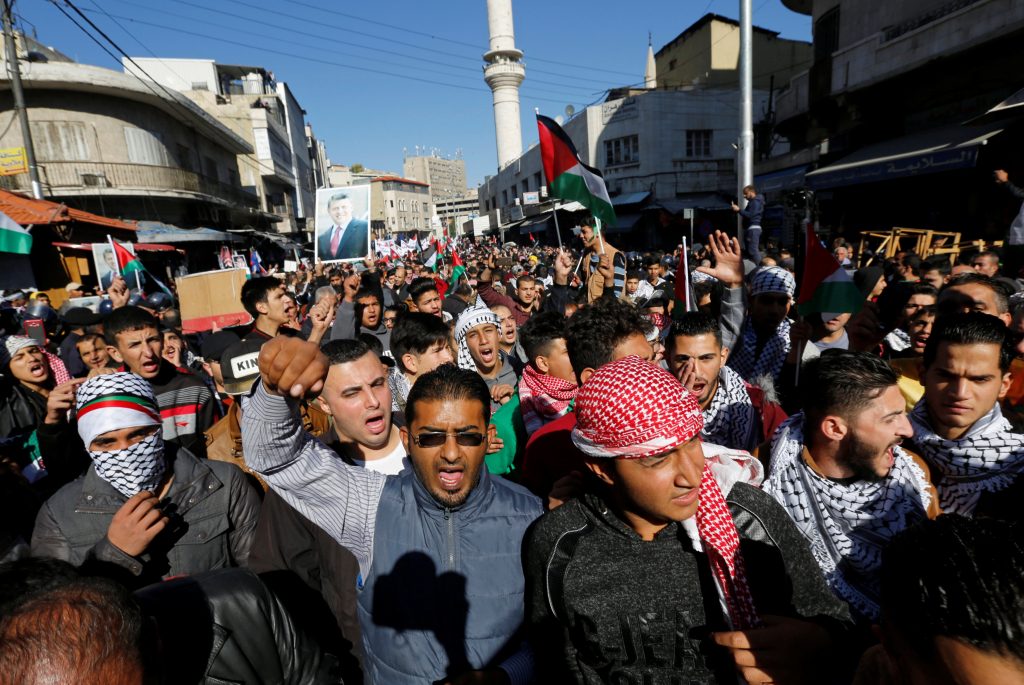 The Jordanian parliament vented its anger over the U.S. decision on Yerushalayim on Sunday with a unanimous vote to review the 1994 peace treaty with Israel, The Times of Israel reported.

Although it will not put the peace in jeopardy, since matters of foreign policy are mostly decided by Jordan’s Royal court rather than parliament, it was an indication of popular sentiment.

The parliament authorized a legal committee to examine all agreements signed with Israel, including the peace treaty, in order to decide what action to take, the leading Jordanian daily al-Ghad reported.

Thousands of Jordanians participated in a protest demonstration on Friday against President Donald Trump’s declaration on Yerushalayim.

The issue is particularly sensitive in Jordan, whose monarch is the official religious guardian of the Muslim holy sites on Har HaBayis, and the kingdom has a large Palestinian population.