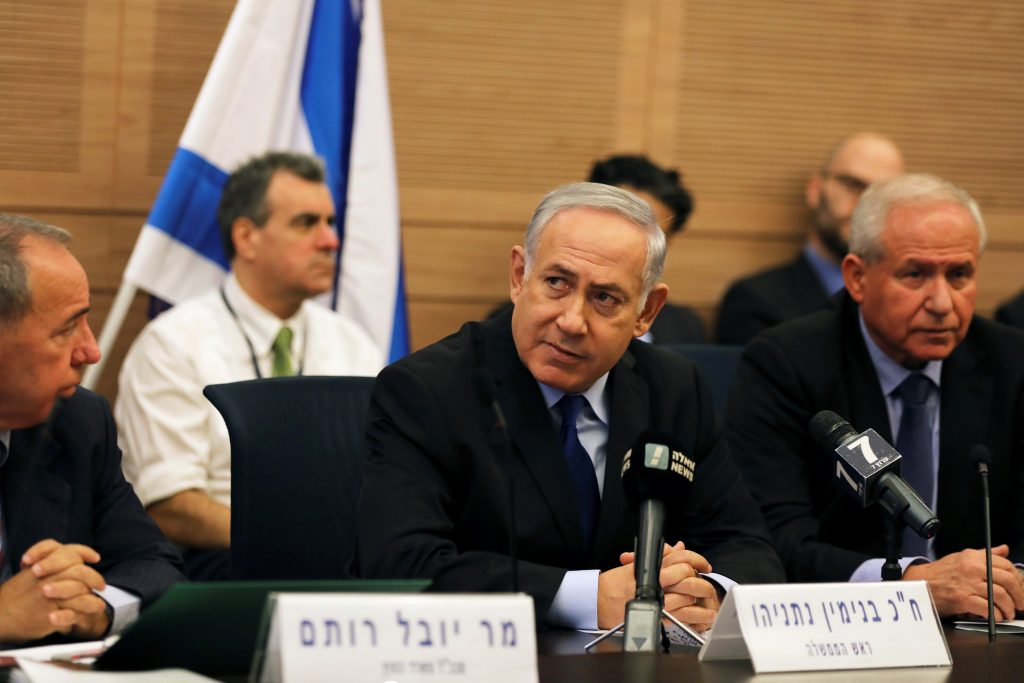 The Arab world has made its dissatisfaction with the possibility that U.S. President Donald Trump will recognize Yerushalayim as Israel’s capital – or even move the American Embassy there – quite clear, with several threatening violence if either of those events transpire. Both Jordan and Egypt, for example, threatened Secretary of State Rex Tillerson Sunday night that such an American move would “cause an outbreak of violence in the Middle East” that would lead to “a collapse of talks between Israel and the PA,” Haaretz reported.

Israel is ready for that, Prime Minister Binyamin Netanyahu told the Knesset Foreign Affairs and Defense Committee. Channel Ten reported Tuesday that Netanyahu told MKs a day earlier that the IDF and police were ready for outbreaks of Arab rioting in the wake of a decision by Trump on either possibility.

With that, Netanyahu told MKs that it was not clear yet whether the announcements would take place at all. “We are prepared for all possibilities,” Netanyahu said. “The security forces know very well what to do, and how to do it.” The Prime Minister added that as of now, there is no concrete information on a possible outbreak of violence if Trump announces recognition of Yerushalayim as Israel’s capital.

A report on the Politico website Monday night said that the State Department had ordered American embassies throughout the Middle East to increase security levels, on the possibility that violence will indeed break out in the wake of an announcement.

President Trump was set to decide Monday night on whether to extend by another six months the waiver on moving the embassy to Yerushalayim, but a White House statement said that the President had decided to wait a few more days as he decided what to do.