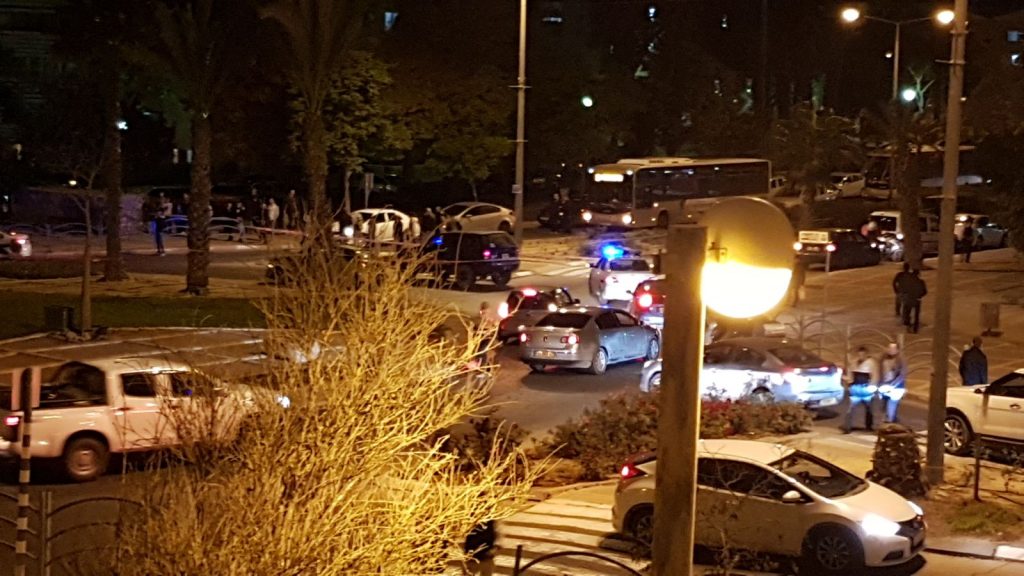 The heads of Bedouin Negev communities on Tuesday apologized to Arad Mayor Nissan Ben-Hamo and the residents of the city for the actions of two members of the Bedouin community, who last week murdered 19 year old IDF soldier Ron Yitzchak Kukiya H”yd in a stabbing attack Thursday night in the city. Speaking for the group of five mayors of Bedouin towns, Hura Mayor Muhammad al-Nabari said that “this incident has shocked all of us. We say in a clear and loud voice that the perpetrators of this attack must be removed from our society. Such actions must be totally rejected. We are with you, the residents of Arad, all the way.”

A news blackout has been imposed on the details of the case, but Hadashot News said Monday night that it appeared that the two had connections to Islamic State. The Shin Bet said in a statement that “it appears that the attack was undertaken as a nationalistic terror attack” by the Arabs. The visit Tuesday is intended as a “sulha,” an apology meeting in which the heads of the communities will express their solidarity with residents of Arad and reject the actions of the terrorists. Attendees at the meeting included the mayors of Arara Banegev, Rahat, Hura, Al Kasum and Ksfiya, whose mayor, Salam Abu Rabia, organized the meeting.

Kukiya was stabbed in the neck as he waited at a bus stop in Arad. The terrorists apparently stole his weapon and absconded. Kukiya, badly injured, sought help from a passerby, who called rescue forces. The soldier was treated on site and then taken to a Beersheva hospital, but was niftar en route.

Rahat Mayor Talal al-Karnawi said that “the pain the family is feeling is the pain we are feeling. We totally reject actions like these. We have co-existed with Jews for 70 years, growing and developing together. This murder shocked us no less than it shocked you. We do not educate our youth to act in this way.”

Ben-Hamo said that he appreciated the visit. “As public leaders, it is up to us to make clear that we reject the actions of undesirables like these. The people are watching us, and waiting to see how we will respond. The right thing to do in this case is to acknowledge what happened and to move on. We have done so many wonderful things in the Negev, and there is no reason not to continue. To my constituents, I say that we have to understand everything in the right proportion. A terrible tragedy occurred, but we have to see how we move on from here. The easiest – and least productive – thing would be to destroy a relationship that has survived and thrived for many years.”

Meanwhile, right-wing students at Hebrew University were reeling from an incident Monday, in which a near-riot broke out when students associated with the United Arab List set up an information desk opposite a memorial that had been set up for the fallen soldier. Members of the Im Tirzu right-wing student group, who had set up the memorial, confronted the Arab students, demanding that they move their information desk away from the memorial. They refused, and tense minutes followed as the two sides nearly started fighting, until campus security personnel intervened.

Im Tirzu accused the university of turning a blind eye to Arab provocations, adding that in recent months similar incidents had occurred at other events commemorating terror victims at the university – including at a memorial event for slain Tourism Minister Rachamim Ze’evi, killed by an Arab terrorist in 2001. In response, the university said that it allows freedom of speech for all, “as long as no laws are violated. The various student organizations are asked to observe proper procedure and avoid both physical and verbal violence. In this incident security officers broke up the crowd and we will take all steps to ensure the safety of students.”