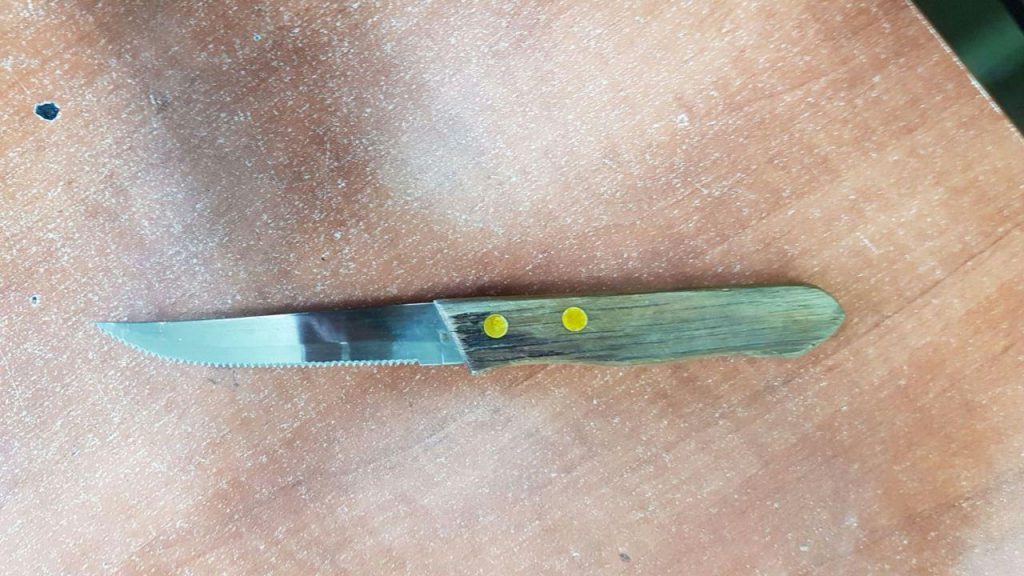 Border Guards on Monday prevented a stabbing attack at the entrance to Me’aras Hamachpelah. Officers arrested an Arab teen who arrived at the entrance to the site and refused to submit to a security check. A subsequent search yielded a large knifes the 16-year-old terrorist apparently planned to use in a terror attack. The terrorist was taken into custody and questioned.

This was the second teen would-be stabber terrorist arrested at the holy site in the space of less than 24 hours. A 17-year-old Arab teen with a knife was arrested at Me’aras Hamachpelah Sunday afternoon, after security forces saw him acting in a suspicious manner.

Terrorists on Sunday night fired at an IDF outpost next to the town of Psagot in Binyamin, which is adjacent to Ramallah. The shots were fired from a passing vehicle. There were no injuries to IDF soldiers, or damage to property. IDF soldiers began a search for the terrorists.