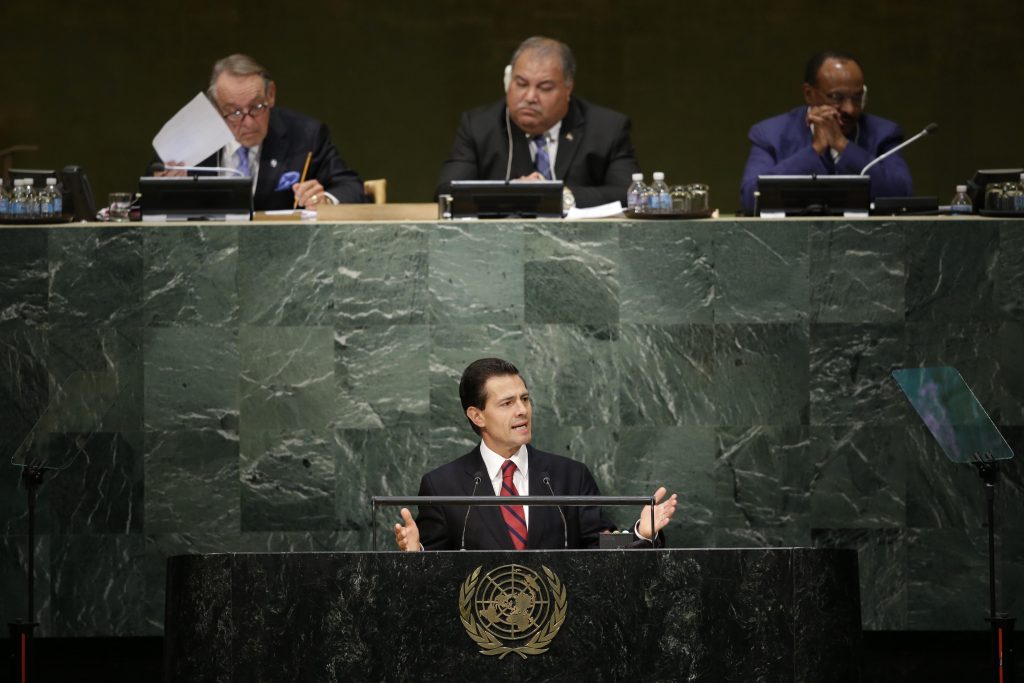 Mexico has revoked its long-standing policy of voting against Israel at the United Nations, informing Israel of its decision to either vote with it or abstain in the future.

Israeli Prime Minister Binyamin Netanyahu tweeted his thanks to Mexico following the announcement:

“Thank you President of Mexico @EPN and Secretary of Foreign Affairs Videgaray for refusing to go along with one sided anti-Israel resolutions at the UN. Deeply value your friendship,” Netanyahu said, including emojis of the Israeli and Mexican flags. EPN stands for Enrique Pena Neito, Mexico’s president.

Mexican Foreign Minister Luis Figari contacted Israeli Ambassador to Mexico Yoni Pelad to notify him officially of the change, according to Yedioth Ahronoth.

The declaration comes two months after Netanyahu visited Mexico, the first time an incumbent Israeli prime minister has done so. While in Mexico, he met with President Enrique Pena Nieto in Mexico City and signed several agreements to improve bilateral ties.

The visit was part of a three-country Latin American trip in September, which itself was part of a larger Israeli outreach, to Africa, India, China and Japan in recent years.

Israel’s humanitarian outreach seems to have played a part as well. “There is no doubt that the aid we sent to Mexico after the recent earthquake helped strengthen bilateral relations,” Ariel Bolstein, the founder of the Israel advocacy organization Faces of Israel, wrote in Yisrael Hayom.