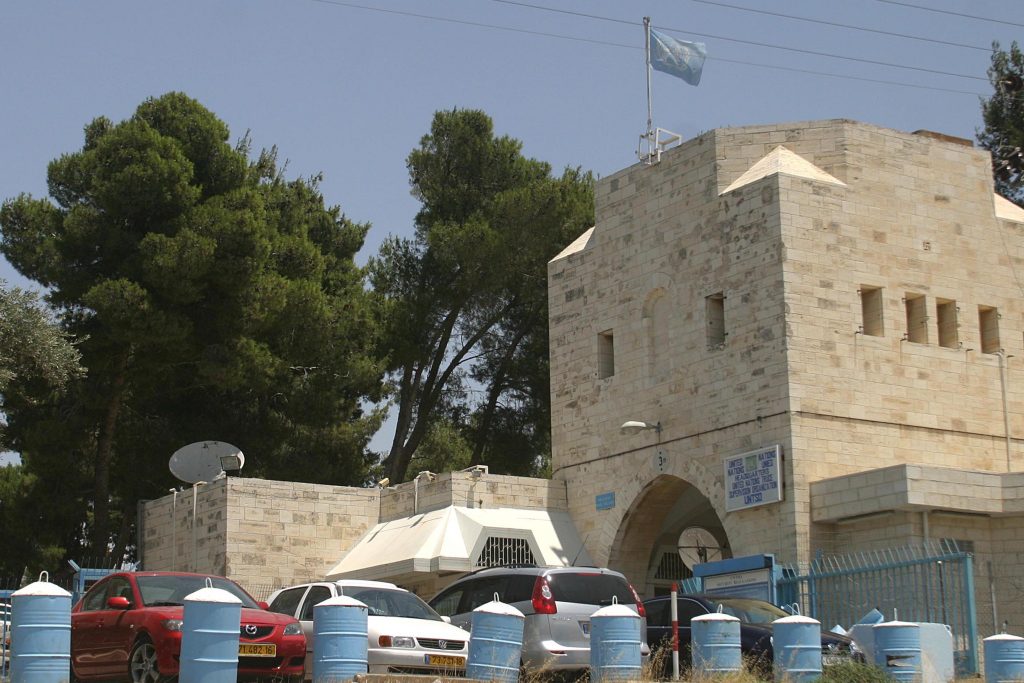 The Regavim organization, a watchdog group that seeks to prevent illegal Palestinian building in Israel, has asked a Yerushalayim court for an injunction against the United Nations over illegal construction that the world body is planning in the city. According to Regavim, the U.N. has issued a tender for the demolition and rebuilding of headquarters for the United Nations Truce Supervision Organization (UNTSO), the body established in 1949 to ensure that armistice agreements between Israel and Arab countries are kept.

The project is set to take place in the Armon Hanetziv neighborhood of Yerushalayim — a part of the city as far as the government is concerned, but an area which was liberated in the 1967 Six Day War, which the U.N. regards as “occupied territory” that Israel has no sovereignty over. With that, in a recent meeting, U.N. Secretary General Antonio Guterres told Prime Minister Binyamin Netanyahu that the U.N. would coordinate with the Yerushalayim municipality regarding construction in Armon Hanatziv, where the organization has extensive holdings. According to Regavim, no such coordination has taken place, and as the world body is undertaking the project without a permit, the construction is illegal.

In its initial response, the state told the court that while it did not seek to shirk from its responsibility to ensure legal building procedures in all parts of Yerushalayim, it did not believe it could take action against the U.N. because the organization has “diplomatic immunity.” In addition, the state said, the August meeting between Netanyahu and Guterres established the ground rules for U.N. construction, and it trusted the U.N. to fulfill its agreement.

It was on that basis that the court refused to issue an injunction against the project, but in its response, Regavim said that the U.N. had moved from declaring its intention to go forward with the project to actual work — meaning that it had proceeded before completing the dialogue with the municipality that it promised to undertake. “In complete contradiction to the state’s declaration that it is working together with the U.N. on future construction, the organization continues to act as it wishes in a compound with historic importance and is building illegally, and with full knowledge that local authorities will do nothing to stop them,” Regavim said, reiterating its demand for an injunction against the project.