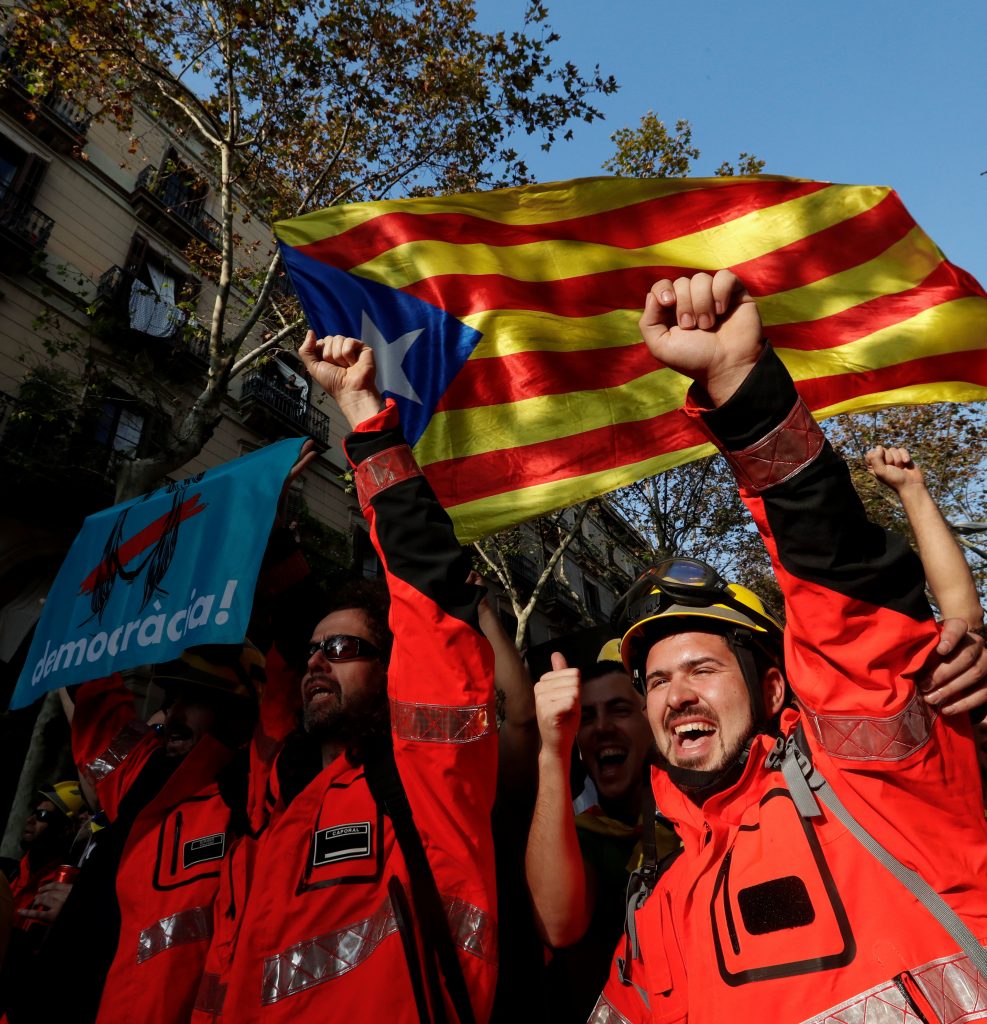 Israel has decided not to respond to a request by the Spanish government to declare that it does not recognize Catalonia’s declaration of independence — but on the other hand, the government does not plan to violate the international consensus and declare support for the independence vote. The NRG news site said Monday that Madrid had made the request over the weekend, after the dramatic vote Friday in which the local parliament decided that the region would go its own way. No country has recognized the declaration, and the United States has declared that it opposes the move, calling Catalonia an “integral part of Spain.”

According to the report, Israel has several reasons not to rush to Madrid’s side. Residents of Catalonia have historically been very sympathetic to Israel. Israelis are frequent visitors to Barcelona, the de facto capital of the region, and Israeli flags are flown on a regular basis at events and conventions. Israel, for example, is a major presence at the annual Mobile World Congress, the largest event in the mobile phone business, which takes place in Barcelona.

By contrast, the Spanish government has been highly critical of Israel for years, demanding that Israel make maximal concessions to the Palestinians. Israel has for years protested over Madrid’s diplomatic stance, as well as the fact that the country is one of the biggest donors to far-left organizations, and a major center of Palestinian diplomatic activity in Europe, the report said. “It’s a just payback for the way they have been treating us,” said one diplomatic source quoted in the report. “Let’s see how they handle an indigenous uprising, among a population that has a much bigger claim to independence and to its land than the Palestinians do.” With that, Israel has decided not to be the first to declare support for Catalan independence, the report said; as long as the international community does not recognize the independence movement, Israel will remain silent.