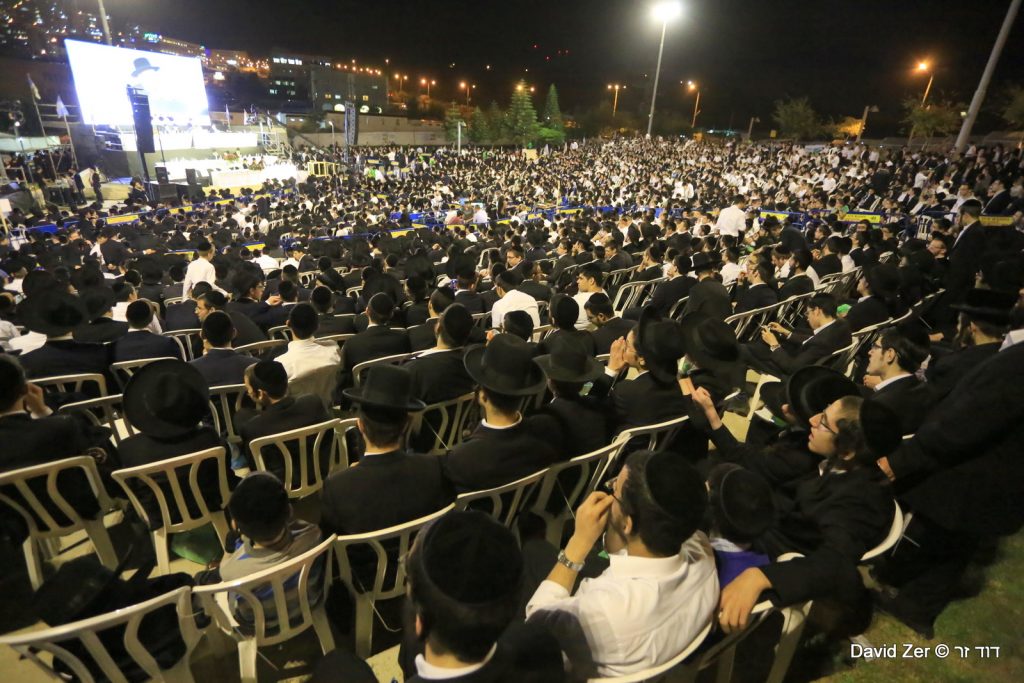 Thousands of bachurim participated in a special gathering marking the end of seder Taharos, which took place in Modiin Illit.

Harav Kanievsky also traveled especially from Bnei Brak to participate in the siyum, and was greeted with singing by the crowd.

A letter sent by Hagaon Harav Aharon Leib Steinman, shlita, wished the talmidim “brachah and hatzlachah in their studies, and that in the merit of learning Taharos they will be able to continue to study and ascend with Torah and yiras Shamayim.”

Thousands of booklets with perakim selected for study were distributed to the bachurim to be learnt at the yeshivos bein hazmanim, with 1,275 of them being tested on the material learnt and receiving stipends.