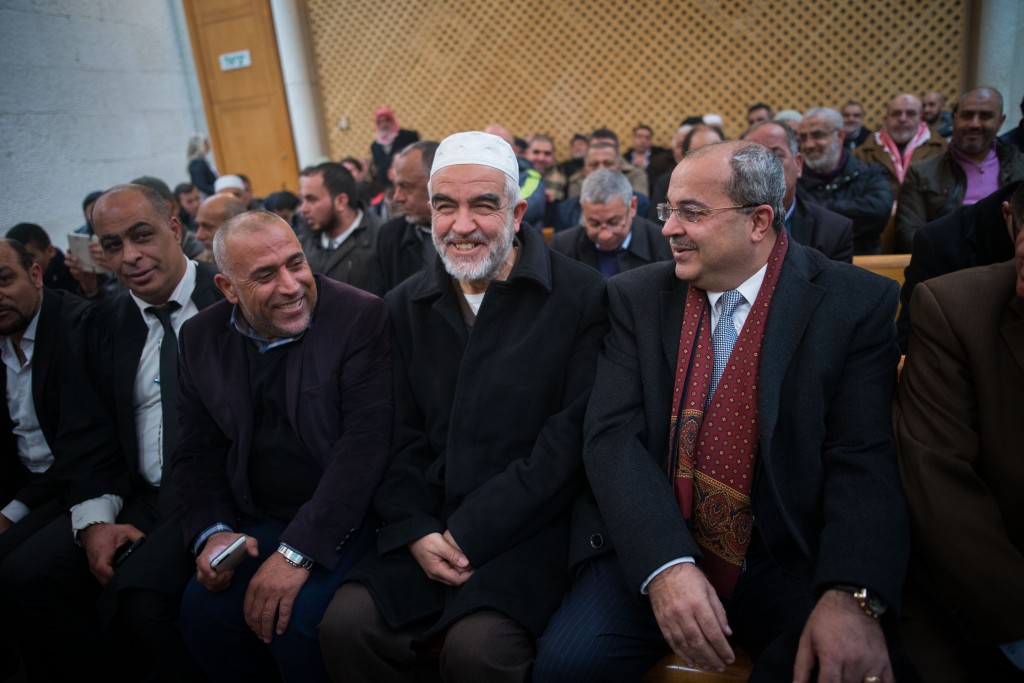 Mifal Hapayis (the Israel Lottery) said Tuesday it had “no knowledge” of an event last month supporting convicted terror incitement figure Ra’ed Salah, head of the banned Northern Islamic Movement, that took place at a Mifal Hapayis community center in Umm el-Faham. “We see this as a serious breach of rules against conducting political activity in community centers, and we will investigate this matter thoroughly.”

The statement came after a report in Yisrael Hayom Tuesday that discussed the event, held after Salah was again arrested for incitement of Arabs to commit terror acts against Israelis. Salah was arrested in August because of incendiary speeches he gave accusing Israel of “taking over Har HaBayis.” Among the charges are specific incidents from recent weeks, including speeches he gave at the funerals for the terrorists killed in the terror attack on Har HaBayis that left two Israeli police officers dead. Salah has been arrested numerous times in the past for incitement, and has served time in prison. The Northern Islamic Movement has been banned, and any activities on its behalf are prohibited because it is considered a hate organization.

The event in question was a rally calling for the release of Salah, and it was attended by several United Arab List MKs, including Hanin Zoabi and Yussuf Jabrin, along with numerous dignitaries and community leaders in the Umm el-Faham area. Several speakers called for his release, and a video presented at the even praised his activities and heralded him as a “great Arab and Muslim leader,” the report said. Palestinian flags decorated the community center’s arena, and the Palestinian anthem was played at the beginning of the event, the report added.

According to Mifal Hapayis, approval of events at the local community center is in the hands of the municipality or local authority. In a statement, the Umm el-Faham municipality said that the event was organized not by the Northern Islamic Movement, but by the Arab High Committee, a group that represents numerous local community organizations. “This event had no connection with the Northern Islamic Movement,” the statement said.

Mifal Hapayis said that it would “clarify” the matter with the municipality. “In recent weeks we prevented two similar politically-motivated events from taking place in buildings that were constructed with public funds, based on information we received in advance of the events,” Mifal Hapayis said in response to the reports.