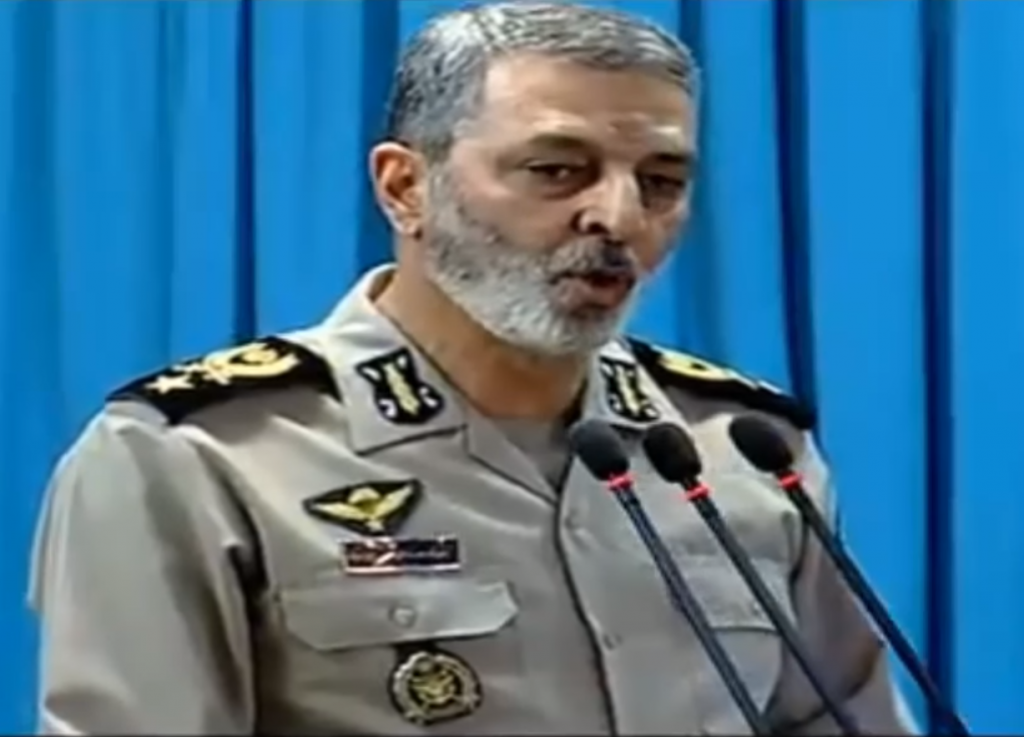 Iran provided Israeli Prime Minister Binyamin Netanyahu with fresh evidence to make his case about the danger it poses to regional stability in an ugly threat made by its army chief on Monday.

The acting Commander-in-Chief of the Islamic Republic of Iran Army, Seyyed Abdolrahim Mousavi, issued Tehran’s latest threat of annihilation a few hours before Netanyahu was slated to meet with U.S. President Donald Trump in New York, where he was expected to argue for tougher treatment of Iran and its nuclear program. He was also scheduled to speak at the U.N. later in the day where again Iran was reportedly to be the focus.

“We will destroy the Zionist entity at lightning speed, and thus shorten the 25 years it still has left,” Iranian media quoted Mousavi as saying, alluding to the deadline for genocide previously proclaimed by Supreme Leader Ayatollah Ali Khamenei.

“I warn the [Zionist] entity not to make any stupid move against the Islamic Republic of Iran,” he said. “Every [such] stupid act will [make us] turn Tel Aviv and Haifa into dust.”

Netanyahu was scheduled to arrive at the Plaza Hotel in Manhattan at 1 p.m. New York time for his talks with the president.