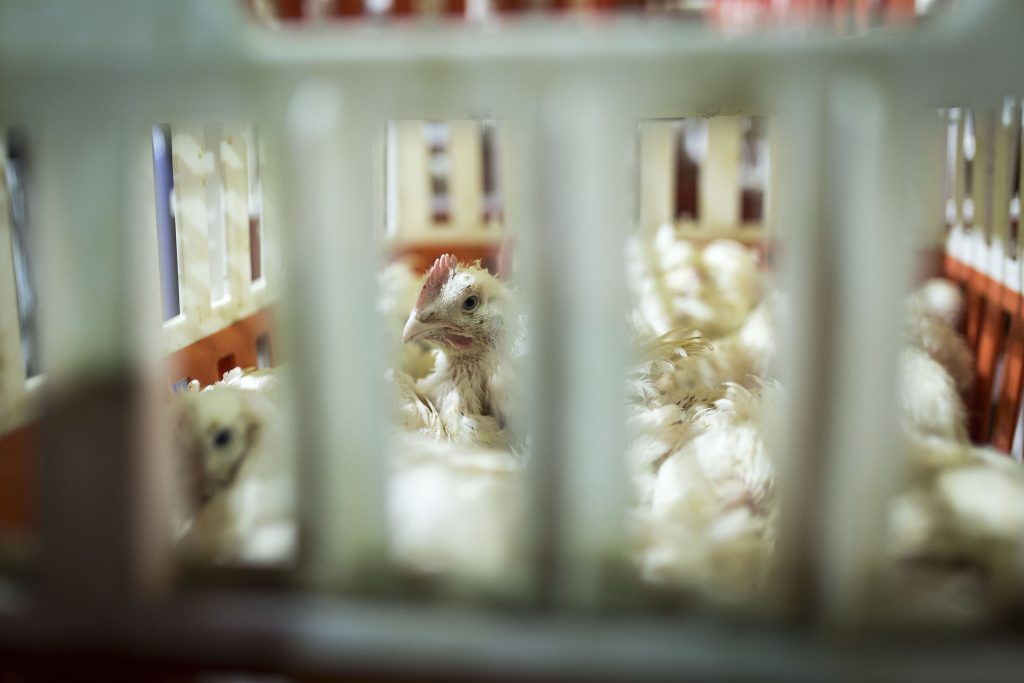 There’s no need to rush out and stock up on chickens, the Israel Chicken Growers Association said Tuesday. Responding to what he called the “call to panic” by a top official of one of Israel’s largest chicken processing firms, Motti Elkabetz, head of the Association, said that there were plenty of birds to go around.

“We are doing our best to ensure a full supply for everyone,” Elkabetz said in a statement quoted by Arutz Sheva. “Even if there are local shortages, we will be able to fulfill demand with frozen chickens, of which we have an ample supply.” In any event, he added, “the coops are full of chickens ready to be processed, and the supply there is greater than demand.”

Elkabetz was responding to comments Monday by Elchanan Lotem head of production in the Off Tov chicken processing and packing company, who recommended buying chickens early. According to Lotem, Israeli stores were likely to be short as much as 1,000 tons of chicken in the days before Rosh Hashanah. Lotem said that he made the prediction based on supplies and market conditions that his and other companies face.

One of the reasons for the shortage, he said, was a lack of frozen chicken in stock. Until about five years ago, as much as half of the chicken purchased in shops and supermarkets were frozen; today that figure is down to 10 percent. The preference for fresh chicken over frozen means a much smaller window for shechitah, processing and delivery of chickens to retail outlets – as opposed to frozen products, which can be kept on ice for as much as half a year, with extra supplies released as needed.

Nonsense, said Elkabetz. “If there is any problem with the system it is that the slaughterhouses are having trouble coping with the volume of birds available, even with two shifts of shochtim working.” Among the reasons for the slower than desired pace, he said, was a need to inspect chickens not just for kashrus, but for health issues as well. “We are working on the bottlenecks and believe that we will be able to resolve them in time to ensure that everyone who wants to eat chicken on Rosh Hashanah will be able to do so,” he added.