Chief Rabbis: High Court Has No Standing to Decide Matters in Churches – Or at the Kosel 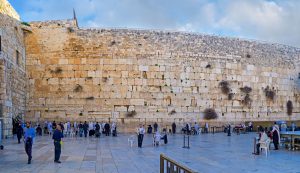 In a lengthy response to the High Court over a petition by reform groups that request the government and Rabbinate to allow the establishment of an egalitarian prayer area at the Kosel, the Rabbinate said Monday that the court did not have the authority to adjudicate the policies at a holy place, and neither did it have any standing to decide matters of Jewish law. In the 166-page response, Chief Rabbis Harav David Lau and Harav Yitzchak Yosef said that the issues reform groups demanded policy adjustments on – such as mixed-gender prayers, the reading of a sefer Torah by women and the celebration of holidays with various ceremonies and rituals – were all matters covered by Halachah, which the court has no basis to adjudicate.

In Israel, religious policies at holy places are set by the religious authority that is in charge of them. The court would certainly never consider intervening in an intra-religious dispute, l’havdil, at a Christian or Muslim site, based on custom, a lack of knowledge and the law – and there is no reason the same standard should not apply to Jewish holy places, the response said.

“Each religion has its own laws and customs that are specific to it, and what is considered proper conduct of that religion’s holy places,” the Chief Rabbis said in their response. “It is reasonable to assume that the court would not intervene in religious ceremonies among Christian groups at churches in Yerushalayim that could change the status quo that existed at those sites for many years.

“It would also not intervene in matters such as a decision by Muslim authorities to cancel the custom of requiring that shoes be removed when entering the Al-Aqsa Mosque, or attempt to force mixed-gender prayers in that mosque.”

In addition, the response said, instituting the policies demanded by reform groups would impinge on the rights of observant Jews. “The request that a portion of the Kosel be apportioned for egalitarian purposes is not based on a religious requirement, as there is no such requirement in Judaism. Rather it is a religious preference. Separate prayers are not discriminatory, as men are as much ‘separated’ as women, so all have the right to pray – but observant men and women will have their rights impinged, because they cannot pray in a mixed-gender space.

“We do not seek to construct a separation wall or to ban members of the reform or conservative movement from the Kosel,” the Chief Rabbis said. “The members of these groups are free to worship as they wish, and they [can] use their own siddurim and orders of prayer. No one bothers them over these issues. The petitioners wish to pray in an egalitarian environment, but they are not required to do so. Their freedom of religion is in no way compromised,” the response added.

Report: Dozens of Communities in Yehudah and Shomron to Receive Official Recognition

IDF Comes Under Fire in Chevron

Netanyahu Says He Will Be in Charge, Not Far Right

Iran Sentences Four to Death for ‘Cooperating’ With Israeli Intelligence