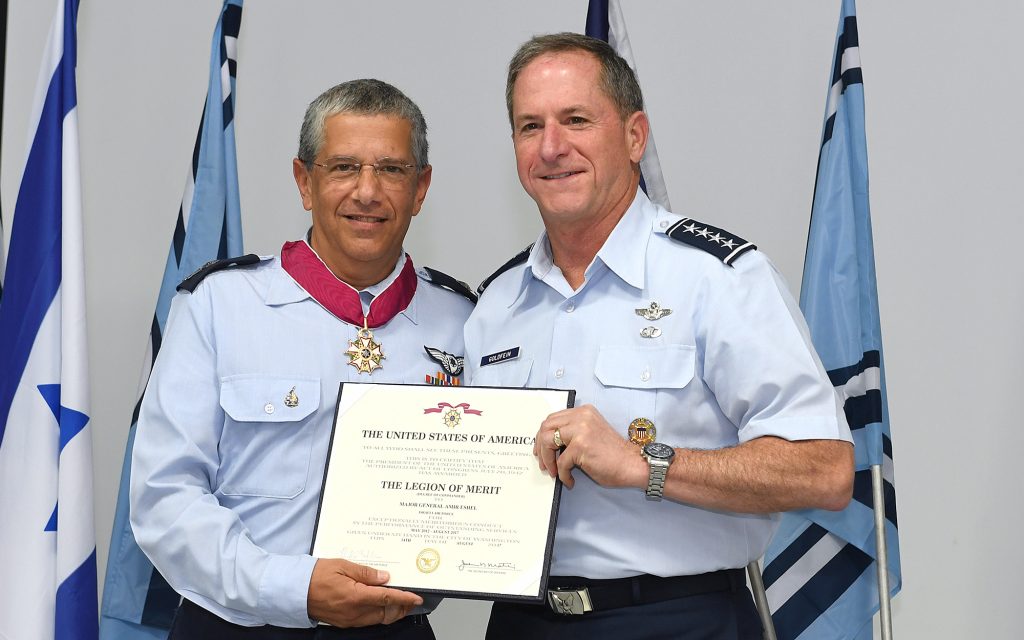 In the most detailed official disclosure on military action in Syria to date, the outgoing commander of the Israel Air Force said on Wednesday that there have been close to a hundred air strikes to interdict arms shipments to Hezbollah.

Although senior officials, including Israeli Prime Minister Binyamin Netanyahu, have acknowleged Israeli strikes in Syria, this was the first time that any numbers have been mentioned.

Air Force Maj. Gen. Amir Eshel, who officially stepped down on Tuesday, told Haaretz that there have been dozens of air strikes to stop the arms transfers to Hezbollah over the past five years.

“An action could be an isolated thing, small and pinpointed, or it could be an intense week involving a great many elements. Happily, this goes on under the radar,” Eshel said. Aside from the direct achievement of destroying weapons designated for attacks on Israel, “there is another thing that I believe is very significant,” he says: “We had the good sense not to drag the state of Israel into wars.”

Eshel said that Israel could have easily been dragged into the Syrian conflict, had it not managed the interventions with the greatest care.

“It is no great trick to be a bull in a china shop. When Israel has a vested interest, it acts irrespective of the risks. I think that in the view of our enemies, as I understand things, this language is clear here and also understood beyond the Middle East.”

Eshel added that the air force has capabilities for preemptive warfare against Hezbollah, but stopped short of advocating such action.

“I am not saying that Israel should conduct preemptive strikes,” Eshel said. “That is a strategic dilemma, and everything needs to be considered. But today we have that ability against new enemies as well — terror organizations with relatively dispersed control.”

The incoming IAF Commander, Maj. Gen. Amikam Norkin, will have to deal with that.