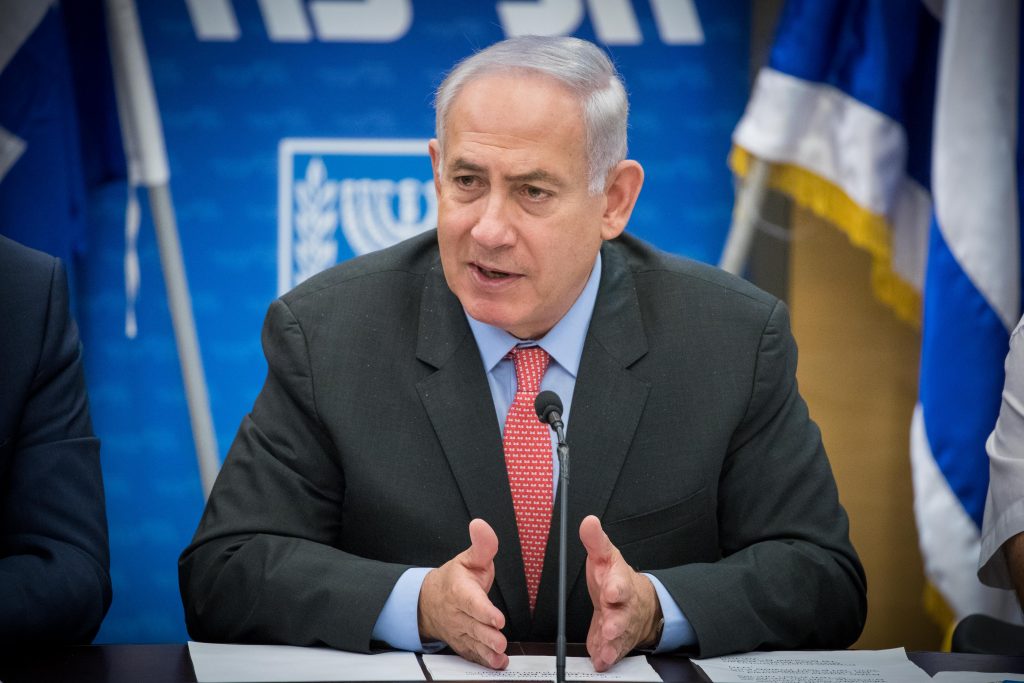 Despite the security tensions of the past week, and the ongoing investigations into various alleged scandals, Binyamin Netanyahu remains the undisputed leader of Israel’s political constellation, a new poll by the Panels Politics organization Friday said.

According to the poll, the Likud continues to lead, with 24 seats – the same amount the party has in the current Knesset. Yair Lapid’s Yesh Atid returns to second place, with 22 seats, after a slight bump that put Labor head Avi Gabay in second place after he was elected Labor party chairman several weeks ago.

Gabay comes in third in the new poll, with 19 seats – still a vast improvement over the far lower numbers former Labor chairman Yitzchak Herzog was polling.

Jewish Home, headed by Naftali Bennett, continues to strengthen, reaching 13 seats in the new poll. Meanwhile, the United Arab List weakened to 11, from the 13 it had been polling at in previous queries.

Moshe Kahlon’s Kulanu also registered a slight bump, rising to 9 seats from the 7 it had been polling out.

United Torah Jewry would come in with 7 seats if elections were held now, according to the poll. Falling significantly is Shas, which polls only at 5 seats, along with Yisrael Beytenu and Meretz.

Despite the strengthening of Labor, the right, led by Likud, still has an advantage in the formation of a coalition. If Labor, Yesh Atid and Meretz were to form a coalition based on the results of the poll, they would still be short 15 seats of a coalition – and would have to recruit not only the chareidi parties (which would likely refuse to sit in a coalition with Lapid), but Kulanu or Yisrael Beytenu as well, both considered unlikely candidates for a leftist coalition.