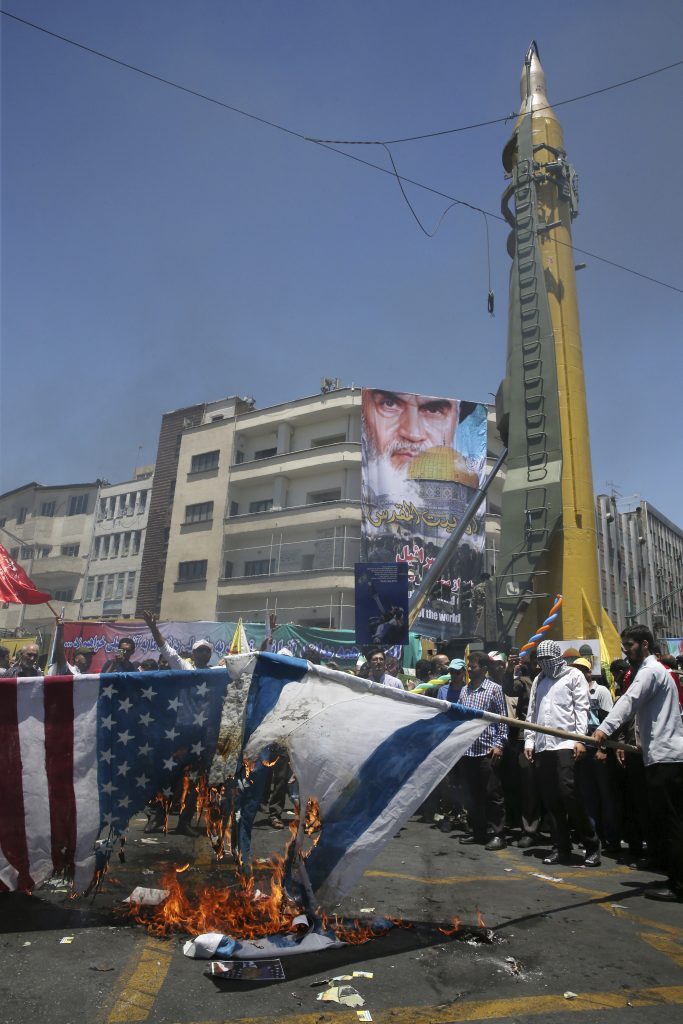 Israel has in recent weeks sent warnings to Tehran against the establishment of weapons manufacturing plants for Hezbollah in south Lebanon, Haaretz reported on Sunday. Israel said in the messages that it would “not tolerate” such factories, and would act accordingly.

The messages were sent via several European countries that Iran has diplomatic relations with. Senior Israeli officials confirmed to Haaretz that the messages were sent, as Israel has in recent weeks gone on a widespread campaign to marshal the international community against the increased influence of Iran in Lebanon. “The Lebanese government is unable to do anything about this, so we have to involve other parties who can influence the situation,” the officials were quoted as saying.

The warnings came after the Director of IDF Intelligence, Herzi Levi, said last week that Iran was establishing a military armaments industry on behalf of Hezbollah in south Lebanon. Over the past three months several factories have been built, all managed by Hezbollah terrorists. According to Iranian sources, the factories are capable of manufacturing missiles that can reach as far as 500 kilometers, including anti-tank, seaborne, and surface-to-air missiles, along with armed drones. Some of the missiles have been tested against Syrian targets, with great success, the Iranian sources said.

The Haaretz report quoted sources who told Kuwaiti newspaper Al Jarida that Iran had decided to set up the factories because of the ongoing Israeli bombardment of arms shipments to Lebanon from Iran via Syria. Israel has in recent months demolished convoys and warehouses full of such weapons. The factories have been built underground – at a depth of as much as 50 meters – to avoid Israeli air bombardment, the report said.

Israeli diplomats have increased their activity in recent months, Haaretz said, in order to recruit allies against the new development. Israel has especially appealed to members of the U.N. Security Council, claiming that the establishment of the factories is a violation of numerous Security Council resolutions ensuring quiet in South Lebanon.