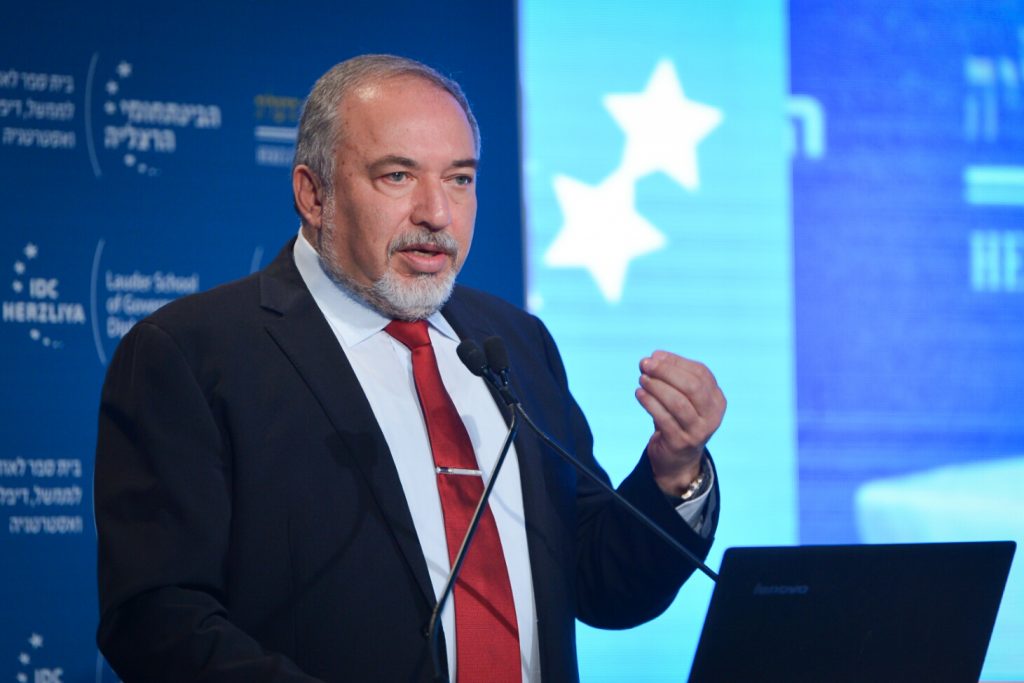 Defense Minister Avigdor Liberman told the Herzliya Conference on Thursday that Palestinian Authority President Mahmoud Abbas is pursuing a strategy vis-à-vis Hamas that could draw Israel into another war in Gaza.

“I have no intention of initiating any military activity; not in the summer and not in the fall, not in the South and not in the North. Our objective is to prevent war and the only way to do that is through credible deterrence,” Liberman said.

He acknowledged that Israel reduced its supply of electricity to Gaza at Abbas’s request, after he said he would only pay 40 percent of the bill to the Israel Electricity Company.

But, Liberman, said, depriving Gaza of electricity is only one of Abbas’s tactics to weaken the group, so that he can regain control of the Strip decade after Hamas ousted Fatah in a bloody coup.

In the last couple of months Abbas has also stopped sending medicines to Gaza and has cut payments to the governmental employees there.

“This was not a tactic that he [Abbas] plans to use only once,” Liberman said as he warned the situation would get worse.

Abbas “has not made a one-time reduction. He will continue to reduce [electricity] payments and to stop payments altogether in a few months both for the fuel and the medicine and payments of [civic salaries],” Liberman predicted.

Abbas has taken this step unilaterally without consulting Israel, Egypt or Jordan, he said.

“He is saying that we are just trying to weaken Hamas,” Liberman said. But the only logical conclusion is that there is a double strategy here in which Abbas is crippling Hamas also out of a hope that “he will drag Hamas into a conflict with Israel.”

Liberman reiterated his view that likely the only way to achieve a peace agreement is first to reach agreement with the moderate Sunni states, and then to turn again to the Palestinians.

“We must not accept a situation in which normalization with the Arab countries will be held hostage to [resolution of] the Palestinian issue,” said Liberman. The order of things has to be reversed, he said.