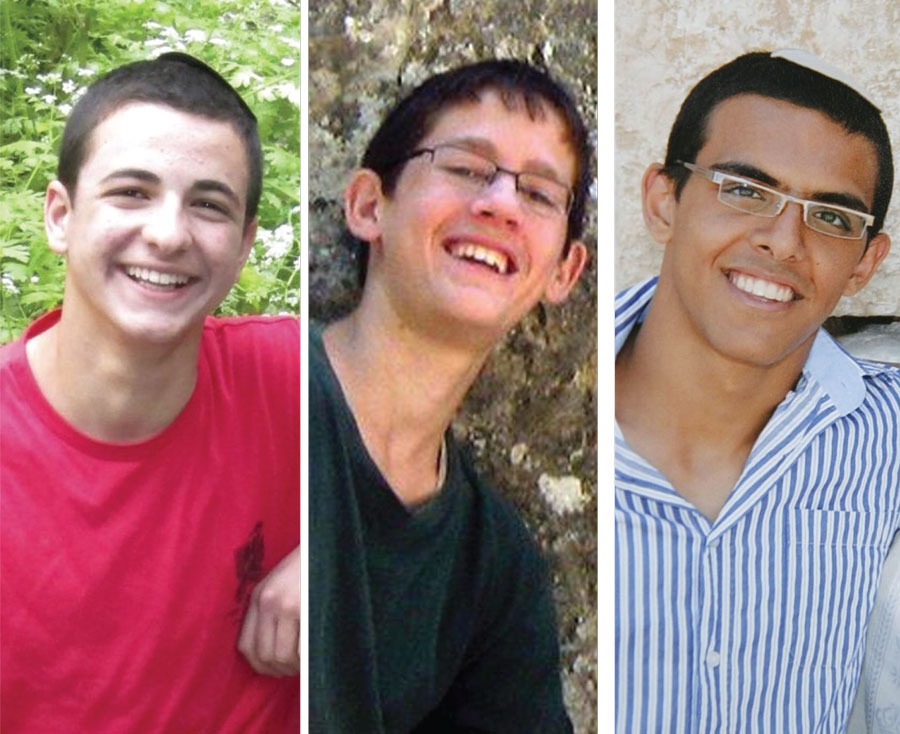 Monday marks three years since the kidnapping of the three Israeli teens, Naftali Frenkel, Gilad Shaer and Eyal Yifrach, Hy”d, who went missing on June 12, 2014 – and whose subsequent murders by Hamas led directly to Operation Protective Edge, Israel’s last major battle with Hamas. In commemoration of the murders, the Knesset is set to pass on Monday a law that will allow police to automatically trace calls made to the 100 exchange – the emergency phone number used to contact police – saving valuable time and enabling police to more quickly respond to emergencies.

The law, proposed by Public Security Minister Gilad Erdan, is expected to pass on its first reading Monday. Under the law, location information will be immediately forwarded to police when a call is made. Such information has not been available previously, as privacy laws did not allow police to monitor location.

Had the law been in place in 2014, the three Israeli teens might have been found and rescued. One of the teens, sitting in the back seat of the kidnappers’ vehicle, realized that he and his friends were in trouble, and he managed to call the police surreptitiously. Police had a general idea of where he was calling from, but by the time they could identify the specific spot, the vehicle had moved on. Most calls to police are made using cellphones, Erdan said, but often the caller is under pressure and is unable to describe their whereabouts. Under the new law, cellphone service providers will automatically forward location information for any call that is made to the police emergency exchange.

“The response time of police is often a matter of life or death,” Erdan said in a statement attached to the law. “Automatic location information for calls to the police emergency exchange will enable police to act more quickly, and thus will improve service to citizens in distress.”